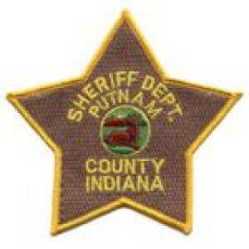 CLOVERDALE -- A 40-year-old man was found dead Wednesday morning near the site where he apparently rolled his Jeep and suffered a fatal injury.

At 9:41 a.m., Putnam County sheriff’s deputies were summoned to County Road 675 East just north of County Road 1300 South for an overturned vehicle and the body of a man lying nearby.

A farmer in the area was harvesting soybeans and noticed the body, notifying authorities.

Deputy Tanner Brown arrived to find an overturned 2003 Jeep Wrangler. The vehicle was apparently southbound on 675 North when the driver lost control before overcorrecting and sliding sideways into a ditch.

This caused the vehicle to roll 1.75 times before coming to rest in a field.

Police found the body of Jerry Harvey of Cloverdale 72 yards from the vehicle, on his back in the field.

Tracks indicate that Harvey got up and wandered from the scene before he succumbed to his injuries.

The Putnam County Coroner’s Office was also on the scene to investigate.

Though results are not yet available from either an autopsy or toxicology tests, officers preliminarily believe blunt force trauma caused a massive head injury to which Harvey succumbed.

The time of the incident had not been determined as of Wednesday afternoon, though it was believed to have happened late Tuesday or early Wednesday.