Smoke rolls but none injured in Monday fire at Chiyoda 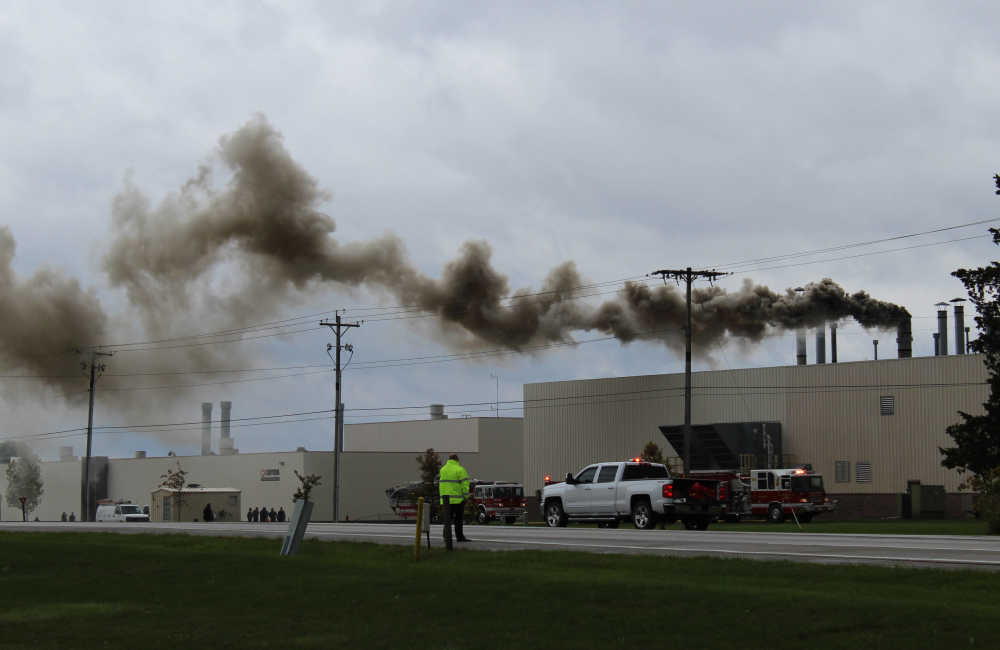 Thick smoke rises from one of the exhaust stacks atop Chiyoda as fire personnel analyze the scenario. In the end, the blaze was contained to a paint booth and employees were safely evacuated from the facility on the city's east side.
Banner Graphic/Brand Selvia

Though black smoke could be seen rising from Chiyoda USA Corp. Monday afternoon, a fire inside the facility was contained to a paint booth. Even better, no one inside was hurt during the incident.

At 2:39 p.m., a box alarm went out to fire departments throughout the county, sending them scrambling to Greencastle’s east side. Local police personnel were also called to the scene.

GFD arrived at the automotive manufacturing plant at 2:45 p.m. to find that employees were still inside. An evacuation of the facility was made shortly after that time.

When the Banner Graphic arrived at the scene at approximately 3 p.m., thick smoke was rolling from one of the exhaust stacks on top of the building. It seemed to begin subsiding at that time, though flames were previously seen emanating from the stack.

According to GFD’s report of the incident, the fire was considered as being under control at 3:12 p.m.

In addition to GFD, the Madison Township, Cloverdale Township and Fillmore Community Volunteer fire departments responded to the box alarm. The Reelsville/Washington Township Fire Department covered the Greencastle station during the incident.

Operation Life was also at the scene, as well as the Greencastle Police Department, which was sent to control traffic on State Road 240.

Traffic was reduced to one lane from the time GFD arrived at Chiyoda until firefighters went back into service at 4:37 p.m.

Employees were allowed back inside the factory at that time.

A contractor was removing paint with a torch when sparks ignited old filters and paint buildup. Employees nearby then attempted to put out the ensuing fire, but sent out the alarm soon after.

As of Monday evening, no exact damages had been estimated. However, equipment inside the paint booth was destroyed and the exhaust stack was heavily charred by the fire.