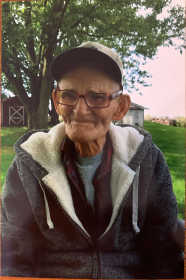 He was born on Feb. 1, 1925 in Roachdale to the late Dode and Bertha (Myers) Bell-Morphew.

Vernon worked in various capacities throughout his life, including farming, carpentry, factories, Putnam County Highway Department but was mostly known as a real handyman.

He thoroughly enjoyed hunting, trapping, fishing, any outside actives, watching sports, even playing baseball at a younger age. He also enjoyed telling a good story.

He resided in the same home in New Maysville for more than 70 years, where we was known affectionately as the Mayor of New Maysville.

He was preceded in death by his parents; his wife; granddaughter April Mulry; siblings Harry Howard, Maynard, Arzola, Lucille and Ralph; and step-father Claude Morphew.

You are invited to visit www.serviesmorgan.com, where you may leave an online condolence for the family. Servies & Morgan Funeral Home has been entrusted with the funeral arrangements.