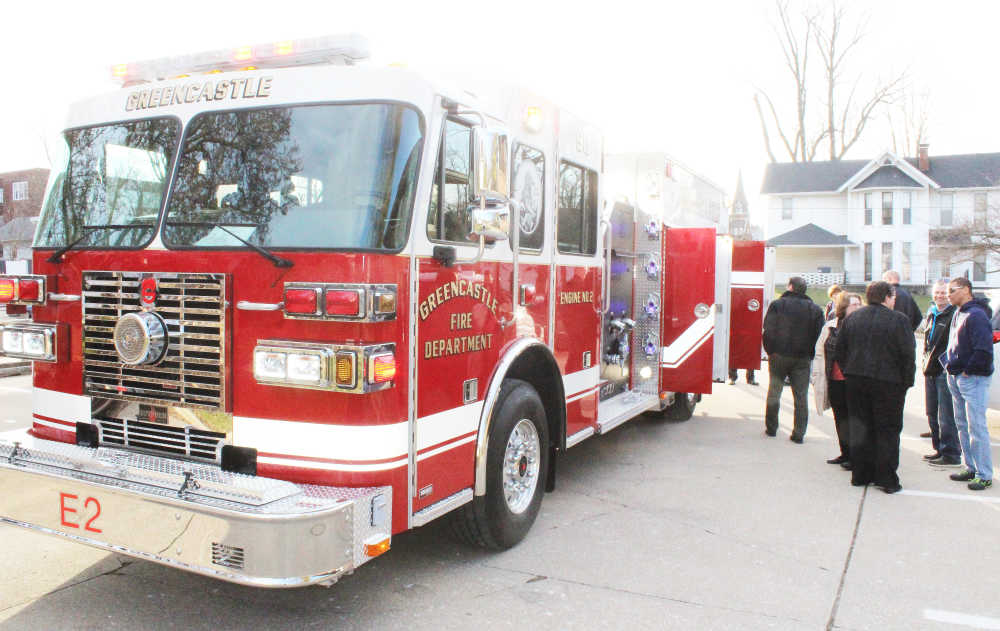 Under the gaze of the Board of Works, Greencastle firefighter candidate Peter Moorton stood his ground at the front of City Hall’s council chambers.

He handled a few easy questions with keen aplomb as Board Works members Trudy Selvia, Craig Tuggle and Mayor Bill Dory queried him but strained to see what was going in the back of the room and outside.

Eyes front! Eyes back it seems.

Moorton has built up a good reputation as a GFD part-timer He holds all the basic fire and EMT certifications.

He was also the GFD Board of Captains’ recommendation to fill the position vacated by firefighter Jeramy Gary.

“Peter’s got a great work ethic,” Assistant Chief Rob Frank said. “He fits in really well with the guys.”

And some of those guys were who the others were straining to see Paul Hinton, Jason Simonson and Brandon Watson who had returned from Ohio with the long-awaited new pumper/rescue truck bounced around and seemed to be working off excess energy outside City Hall.

Dory the made the motion to hire Moorton, which Selvia and Tuggle made unanimous as they got up to leave and check out the new fire truck. The motion to adjourn was made on the fly and the board adjourned to the City Hall parking lot.

Adjourning outside board members, City Hall workers and the public in general got to see the shiny new truck that was funded in part by the city, Greencastle Township and DePauw University. Sutphen, considered experts in fire truck manufacturing since 1890, submitted a $592,927 bid, the lowest of three received.

The new pumper is replacing a 1996 Pierce pumper and a 1992 International rescue truck, which has no water lines on it.

The new truck will essentially combine the functions of those two trucks, Chief John Burgess has said, resulting in “less maintenance and less manpower.”

Plans are for another pumper truck to be replaced in 2023, Mayor Dory said.

The 1986 model aerial tower truck is already on it track to be replaced.