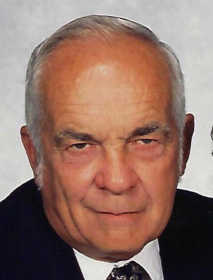 Bud and Jo ran Blaschke Trucking in Camby from 1955 until they retired. Bud loved playing cards, golfing and his cigars.

He was preceded in death by his wife, his parents, brother David Blaschke and his two precious sons, Charles Robert Blaschke III and Kevin Blaschke and daughter-in-law Pam Blaschke.

Carlisle-Branson Funeral Service & Crematory, Mooresville, is serving the family. A private graveside service for immediate family will be on Tuesday at West Newton Cemetery.

Memorial contributions may be made to Alzheimer’s Association or your favorite charity.