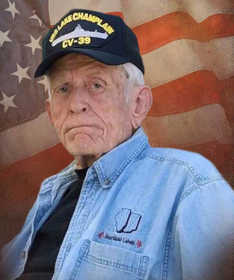 James Joseph Withrow, 79, went to be with his Lord and Savior on Saturday, March 28, 2020 at his home, surrounded by his family.

He was born in Terre Haute on April 23, 1940, and raised the son of the late S. Fred and Blanche (Waddell) Withrow.

Jim graduated from Wiley High School in 1958 and served his country in the United States Navy.

Jim was a printer and vice president of Lambooy-Unique, and at the age of 60 started his own company, Heartland Labels.

Jim and Jan were members of the Croy's Creek Congregational Christian Church.

The most important things in his life were his Lord, his family and his farm. He loved his dogs and cats and spending time with friends.

Jan sums him up the best in saying, “He’s a John Wayne, Clint Eastwood, Merle Haggard and Cary Grant kinda man. He may be short of smiles, but he has a backbone of steel and the best part, he’s ours!”

Jim was preceded in death by his uncle, Clarence Withrow and cousins, John Withrow, Doyle Garrigus and Zona Garrigus.

A private graveside service with military honors will be held at 11 a.m. on Thursday, April 2 at the McCullough-Stigler Cemetery in Center Point with Pastor Perry Price officiating.

The family wishes to thank Heart to Heart Hospice, especially his nurse Jennifer Mace, for their care and compassion throughout Jim’s journey.

Online condolences are encouraged to be expressed at www.moorefuneralhomes.com.