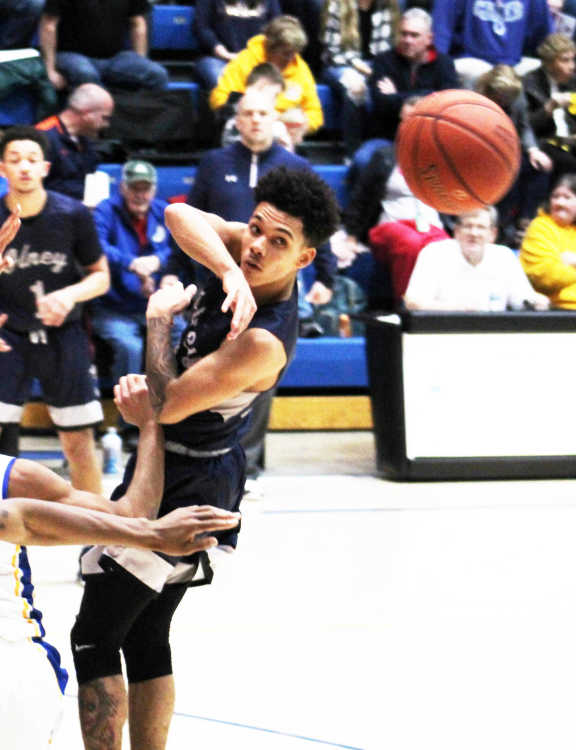 Jalen Moore makes a pass with his off hand during action at Vincennes earlier this year,
Banner Graphic/JOEY BENNETT
Order this photo

Moore had earlier been named to the all-Region 24 and all-Great Rivers Athletic Conference teams after starring for Olney Central College this winter. He surpassed the 1,000-point mark in career scoring in the second half of the season during his two-year career at Olney.

Moore finished his sophomore season second in the nation with 235 free throws in 299 attempts (79.1 percent) and also was eighth in the nation in points with 694.

His total of 191 assists also ranked him 10th in the nation among junior college players.

Per game, Moore averaged 5.0 rebounds and 6.2 points per game.

Olney Central coach Mike Burris recognizes the rarity the award is for players to receive such an honor.

Moore concluded his high school career by leading the Clovers to four straight sectional titles and by finishing in 11th place on the state career scoring list with 2,440 points.

He led the state in scoring his senior year with 36.8 points per game — the highest of any player since 1994.

He is expected to announce his decision sometime on Tuesday in a ceremony on Instagram (@lil_jmoore). 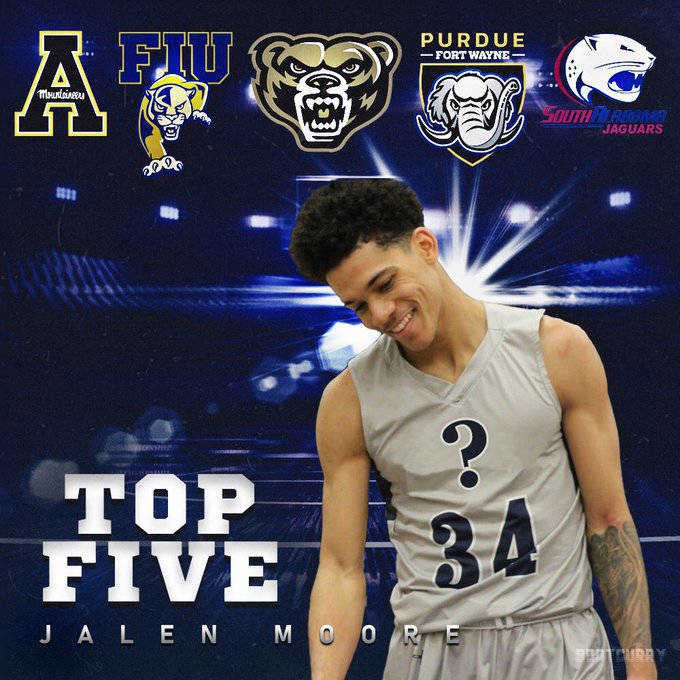 Jalen Moore is expected to announce his final college choice on Tuesday via Instagram. He will be choosing among Division I programs Appalachian State, Florida International, Oakland, Purdue Fort Wayne and South Alabama.
Contributed graphic