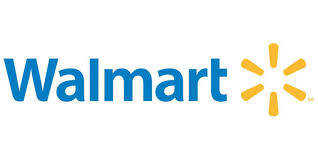 BENTONVILLE, Ark. -- In an effort to curb the spread of the novel coronavirus, Walmart has announced that all employees are being required to wear face masks to work starting Monday, April 20.

Walmart announced the decision in a letter sent to employees from Walmart President/CEO John Furner.

“We have evolved our policy on face coverings from optional to mandatory as public health guidance has shifted,” Furner wrote.

Walmart shoppers also are being encouraged to wear face masks as part of the retailers’ response to COVID-19.

Employees are allowed to use their own face masks, as long as they are up to standards, according to the press release.

The statement also said that Walmart will provide employees with a mask should they pass a health screen and temperature check, which were initially announced March 31. Under this policy, employees with a temperature of above 100 degrees will reportedly be sent home with pay.

Walmart has also joined large retailers around the country in announcing a limit to the number of customers allowed in stores at one time in response to the coronavirus crisis.

To promote social distancing, Walmart has limited capacity to roughly 20 percent, or five customers per 1,000 square feet of space. Once a store reaches capacity, customers are then admitted on a “1-out-1-in” basis.