A recent overview released by the Putnam County Health Department is shedding more light on what the COVID-19 outbreak looks like locally.

Comprised of information not previously released on the local level, the study provides new insights. 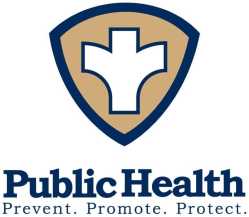 As of Monday, April 20, there had been 51 positive cases of COVID-19 among Putnam County residents. These broke down into four categories.

• Four individuals had passed away. All four were over the age of 80.

• Two individuals were in area hospitals. 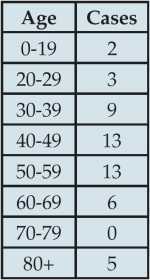 It should be noted that these are only cases confirmed through testing.

The age distribution more or less abides by statewide trends, as the largest number of cases in the state are among those aged 40-49 and 50-59.

The lack of any confirmed local cases among those in their 70s appears to be a statistical anomaly, considering that they represent 10.3 percent of diagnoses statewide as of numbers available from the Indiana State Department of Health on Thursday afternoon.

This could be attributed either to the relatively small sample size of 51 cases or the fact that some suspected cases still go untested.

Additionally, those 80 years old or greater represent just 10.5 percent of cases statewide, but 41.5 percent of deaths.

In Putnam County, all four deaths have come from this age group, even though only five people in that age range have tested positive.

The PCHD plans to continue to provide regular data updates on confirmed cases.

The ISDH continues to add to the information it publishes at noon each day.

The data Hoosiers now have at their fingertips via the coronavirus dashboard includes numbers of diagnoses, deaths and tests per 10,000 residents, which helps see how the pandemic is affecting the populations of counties of vastly different size.

For example, while Marion County, with its population of nearly 1 million, continues to have by far the most diagnoses (4,408) and deaths (228), it could be argued the pandemic is having a greater impact on the citizens of a much smaller county.

Decatur County, with an estimated population of just 26,794 (as of 2018) has had 182 positive cases and 22 deaths, outpacing many much larger counties.

With cases in Indiana expected to peak in the coming weeks, ISDH also continues to track the available ICU beds and ventilators.

As of Thursday afternoon, 43.4 percent of the state’s 3,234 ICU beds remained available, while 77 percent of 3,203 ventilators were available.