Remains found in Greencastle confirmed to be Darren Huff

A body found on the city’s northeast side Friday evening has been confirmed to be that of Darren Huff. 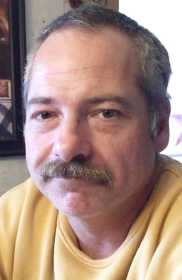 The body was found in clothing matching the description of Huff when he went missing in December and also had Huff’s identification card.

Furthermore, Brown said the family was able to help identify the body from the remains.

An autopsy was performed Saturday morning.

“There was no real indication of what killed him, however we were able to rule out foul play,” Brown said. “It’s hard to say at this point.”

Huff, 45, of Greencastle, went missing on Dec. 21 of last year. In the weeks that followed, authorities from a number of local and state agencies, along with citizens, searched Greencastle and the surrounding area for signs of Huff, to no avail.

Huff was reportedly last seen in person at the Casey’s on U.S. 231 South. A video from the same day showed him walking alone on the city’s East Side.

Since January, there had been no new information in the investigation.

Then on Friday, a person mowing in the area off of Round Barn Road noticed the remains in the woods.

Police were called to the area around 7 p.m. The Greencastle Police Department initiated the investigation, with assistance from the Putnam County Sheriff’s Department, Indiana State Police and Greencastle Fire Department.

While it is not the outcome many had hoped for in Huff’s disappearance, Brown said it was good for the family to have some closure.

“I’m glad for the family that they were able to wrap this up and get some closure,” Brown said. “A lot of people went out looking for him. At least they don’t have to go looking for him anymore.”