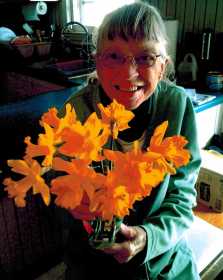 Dorthy A. (Dudley) Curtis of Greenville, S.C., and formerly of Little Point, passed in the arms of her Saviour on April 24, 2020, surrounded by her family.

Dorthy was born in Nov. 1940 to Olan and Nevada Dudley in the town of Portland, Ind. She lived to a wonderful age of 79.

Dorthy married her sweetheart John Curtis of Little Point in September 1958 in Coatesville.

They lived on the family farm of five generations (Curtis) in Little Point, growing corn and soybeans and wheat. They raised two wonderful daughters, Julie and Dawn, while living in Indiana before moving to South Carolina to be near their daughters after retiring from the farm.

Dorthy worked for Bob Jones University of Greenville in the BJU Print Shop for several years before having to retire due to some health concerns.

Burial will be a private graveside service at Stilesville Cemetery in Stilesville.