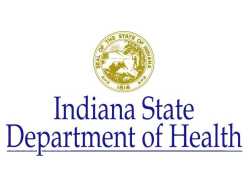 A fifth Putnam County resident has died as a result of COVID-19, the Indiana State Department of Health (ISDH) reported Tuesday.

While positive cases have continued to rise in the county, the latest death, which took place on Saturday according to ISDH data, was the first of a Putnam County resident since April 15.

No further information was reported on the individual.

ISDH data also indicated that two new positive cases were confirmed in Putnam County on Monday, bringing the total number of cases by county residents to 80.

What is unclear is the number of cases that remain active and those who have recovered.

Two weeks ago, the Putnam County Health Department released a summary of cases as of April 21 that showed, at that time, 27 individuals who had tested positive and later recovered.

While the number of individuals who have recovered has certainly risen in two weeks, no exact numbers have been provided by the Health Department since.

Statewide, there had been 21,033 positive cases as of Monday, though state officials attribute some of the increase in cases to the increased availability of testing. A total of 115,834 tests had been administered as of Monday.

A total of 1,213 Hoosiers have died in the pandemic, with 62 new deaths reported in Tuesday’s data.

The state also lists a total of 113 “probable” COVID-19 deaths, which means that doctors listed the virus as a contributing factor in the death, though no positive was documented for the individual.