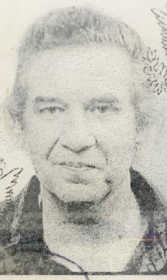 Edward “Ed” Patrick Blake, 62, of Roachdale, passed away on Sunday, May 24, 2020 at the Richard L. Roudebush VA Medical Center in Indianapolis.

He married Angela (Crossen) Blake in 2013, and she preceded him in death in February of this year.

Ed graduated from high school in 1976. He joined the United States Navy and proudly served our country throughout his career as an encrypted communications specialist.

He was a member of the VFW and Eagles.

He enjoyed hunting, fishing, crabbing, outdoors, and his dogs.

He was preceded in death by his parents and wife.

Graveside service will be at 11 a.m. Saturday, May 30 at Blakesburg Cemetery with Dr. John Nolan officiating.

Friends are invited to visit www.serviesmorgan.com where you may leave an online condolence for the family.