Kendall envisions potential for Cloverdale, I-70 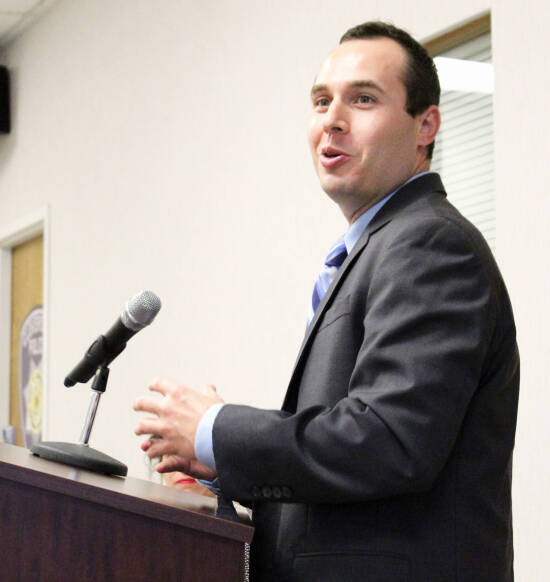 CLOVERDALE -- As the municipal government moves forward still in a period of transition, Cloverdale officials are looking to address varying issues.

Kendall previously served on the Brownsburg Town Council from 2012-15 and was on the redevelopment and planning commissions there. He also worked under Lt. Gov. Suzanne Crouch when she was the state auditor from 2013-16.

Talk radio listeners may know Kendall as producer of the “Chicks on the Right” talk show and as a host on WIBC 93.1 FM.

“There’s a million different ways to get to California, but you gotta pick a way and you gotta go,” Kendall said of the decision-making. He stated he had consulted with Town Attorney Daniel Hofmann about the direction of the town, but was more interested in getting the council’s input.

Kendall highlighted the town’s proximity to Interstate 70, especially with its tax-increment financing (TIF) district extending along it. This is even though Cloverdale has been scrutinized for the “little things” relating to water inflow and infiltration (I&I) issues.

The council agreed that it needed to sit down with Kendall and think about addressing issues relating to water and sewage. To this, Council Vice President Greg Jay said “We’re learning as we go.”

Kendall added that communities with TIF districts can get “creative” with money generated for development in different areas. Ultimately, though, growing the tax rate, businesses and water maintenance all tie in together.

Kendall opined that Cloverdale’s comprehensive plan was a “great guide” as to what the community wants. He positioned developments as the town itself expanding on the foundation in deciding what will go into it.

“The state loves success stories; they love that good-to-great,” Kendall said. “They love taking communities that look to the state to help them pull themselves up by their own bootstraps and thrive.”

Referencing I-70 with Terre Haute and a new casino planned to be built there, Kendall believed the opportunities were unlimited. With attractions like the C Bar C Expo Center and the casino as an “anchor,” he said, Cloverdale has a “blank canvas” to become whatever it wants to be.

“They say this all the time in the stock market: It doesn’t matter who wins the election ... there’s good news, there’s bad news; there’s just no uncertainty,” Kendall said. “You guys are on a path right now ... to get that certainty that businesses, that the state and the federal government is looking for, and it’s really a great time for what you guys have in front of you.” 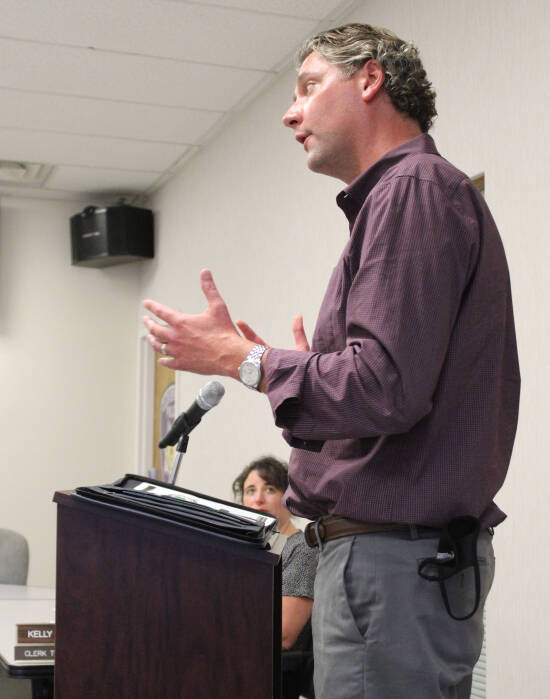 The council also heard from Maureen Hayden and Brady Dyer of Commonwealth Engineers with regard to the town’s transition plan with the Americans with Disabilities Act (ADA).

Dyer, a former manager for the Indiana Department of Environmental Management, pitched that the firm had a solid understanding of ADA rules and regulations. He told the council that it had to think about the plan in terms of accessibility -- even when it comes to the town’s website.

Nonetheless, a plan needs to be in place in order to secure state grant funding, such as those from Community Crossings and the Office of Community and Rural Affairs. Dyer added that part of the procedure is inventorying the town’s streets and sidewalks for future projects.

The plan will have to stipulate a grievance procedure with town ordinances establishing it. Additionally, a representative would have to be appointed to handle ADA complaints.

Still, Dyer said that “it all depends on what the town wants to prioritize,” and that changes will not happen overnight. In the end, both he and Hayden stressed that the state just wants to see improvement.

“It’s better to come up with a plan before the state forces you into a plan,” Hayden told the council.

Hofmann stated that Cloverdale’s ADA transition plan would “ideally” be finalized by the beginning of 2021.

The town was recently cited by the Indiana Department of Transportation due to a sidewalk on Lafayette Street -- located in front of Whitaker Funeral Home -- not being ADA-compliant.

• The council was presented a tentative job description that would revive the Cloverdale town manager position.

Hofmann argued that the town does not have a mediator between municipal departments. It was agreed that the job description and a search for candidates would be approved at the council’s September meeting.

Specifically, the council indicated that it would consider a pay range and code enforcement authority.

Anderson and Minor replaced Coweta Patton and James Coy on this board. It was stated at the meeting that Patton had resigned from the Planning Commission and the Cloverdale Redevelopment Commission.

Hofmann and the council discussed at length the procedures for how and by who people are appointed to the boards. Saying the appointment requirements were “clear as mud,” Hofmann provided that these procedures could be clarified in the future.