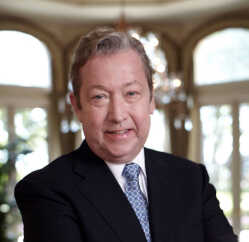 Judson C. Green, 68, passed away peacefully on Monday, Aug. 31, 2020 at his home in Orlando, Fla., after complications related to a stem cell transplant.

Judson was born in Quincy, Ill., where he grew up and, following in his father’s footsteps, achieved the rank of Eagle Scout with the Boy Scouts of America.

He played piano, starting at age four, and french horn, aspiring and training through his college years to become a professional musician as a jazz pianist and composer.

While his career ultimately followed a different path, music had a defining impact on Judson’s life, and he used it and the lessons he learned through music in everything he did.

He sought to share his belief in its power to transform people’s lives by shaping and enhancing relationships, communities and cultures. Judson ultimately returned to his early aspirations and recorded six albums of his own compositions.

After graduating from DePauw University in 1974 with a bachelor’s degree majoring in economics and minoring in music composition, Judson went on to receive an M.B.A. degree from the University of Chicago’s Booth School of Business.

He started his career with Arthur Young in Chicago and then was hired by Walt Disney World, ultimately becoming the president of The Walt Disney Theme Parks and Resorts around the world.

After almost 20 years with the Disney Company, Judson moved to Chicago to serve as the President and CEO of NAVTEQ Corporation. He was a successful business executive who combined his business savvy with his lifelong love of music.

Philanthropy and giving back were important to Judson. As an alum of DePauw University, he became heavily involved in supporting the school and its surrounding community of Greencastle. In doing so, he and Joyce made a large donation to revitalize the DePauw School of Music and rebuild DePauw’s Performing Arts Center. Judson also served as the chairman of DePauw’s Board of Trustees from 2001 to 2004.

In addition, Judson and Joyce were supporters of the Chicago Symphony Orchestra and the Dr. Phillips Performing Arts Center in Orlando.

Donations in honor of Judson should be made to the Dr. Phillips Center for The Performing Arts at 155 E. Anderson Street, Orlando, FL 32801.

No services are planned at this time due to the COVID-19 pandemic. The family hopes to bring everyone together at a later time to celebrate Judson’s life.