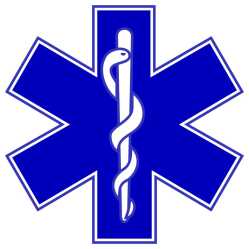 Apparently when federal officials distributed emergency funds to local governments in response to the coronavirus pandemic, they really meant the emergency part.

That was the message Putnam County officials got on a recent conference call with state leaders regarding Coronavirus Aid, Relief and Economic Security (CARES) Act funds.

As such, the federal government has opened up the possible uses for CARES money to include salaries for essential county workers such as police, EMS responders, 911 dispatchers and jailers, among others.

Since the wages of these county workers since March far exceed the $1.2 million figure, Putnam County will now submit a claim for the remainder of its CARES funds.

Once in county coffers, however, the money does not have to be spent purely on salaries, which have already been paid from county funds anyway.

Instead, local officials will have more freedom to spend the money without awaiting state or federal approval and reimbursement.

The funds also arrive quickly. Commissioner Rick Woodall reported that the City of Brazil submitted a similar claim last Tuesday and had the money by Friday.

“The good news is, we'll have all the money up front,” Woodall said.

All of that money up front will now fund various projects throughout the county, including a number of expenditures for Putnam County EMS.

During the Sept. 21 meeting of the commissioners, EMS Chief Kelly Russ and Assistant Chief Anthony Taylor presented a number of items.

These include mechanical CPR devices and a video intubation system that will help reduce the possibility of responders contracting COVID-19 or other airborne illnesses while still helping infected patients.

Taylor also presented proposals for a new stair lift system and a merit bag system that will provide an easy-to-carry response tool tailored to the needs of specific dispatches.

There was also talk of purchasing two Chevrolet Tahoes for the department, to replace the outdated chief’s vehicle currently in service. These could come in handy, as EMS can now transport people in passenger vehicles when appropriate.

Finally, there is a proposal to potentially turn the administrative side of the EMS headquarters into a negative air space in which career first responders can quarantine. This proposal would kill two birds with one stone, as the old Pizza Hut side of the building has a serious moisture and mold problem that would also be fixed by such a transition.

“It turns out that turning that into a negative airspace for quarantine is exactly what we need,” Russ said.

EMS will by no means be the only beneficiary of the CARES funds.

For example, the commissioners have given their OK for more than $25,000 in expenditures by the Putnam County Health Department for supplies and overtime.

Additionally, earlier in September, 911 Dispatch Director Dave Costin presented a system by which dispatchers who may have to be in quarantine could do their jobs from home.

With predictions of another wave of coronavirus coming, Costin wants to make sure healthy, asymptomatic dispatchers are still able to do their jobs even if they are unable to physically go to work.

“My fear is that this would seriously compromise my operation,” Costin said.

For the actual expenditure of any such money, the departments will go before the Putnam County Council.

Other beneficiaries of the money are likely to be local fire departments, whose chiefs met with county leaders recently, as well as schools such as North Putnam, South Putnam and Area 30, all of which have signed or are in the process of approving memoranda of understanding with the county.

The City of Greencastle entered into a similar agreement to make purchases for Greencastle Schools.