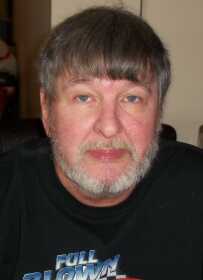 Richard Rex McCurry Sr, born Dec. 3, 1951 in Greencastle, Putnam County, Ind., to Jewell Alxander McCurry and Juanita Jean Judson, passed away on Friday, Oct. 30, 2020 at home in his sleep with family and friends around his bedside.

Richard served in the United States Air Force Reg AF. He entered active duty Oct. 21, 1970, Oct. 8 1972 to Aug. 30 1974, honorable discharge, A1C F-3 from Langley AFB, Hampton, Va. with decorations medals, badges, commendations, citations and campaign ribbons and awards. He was in Vietnam during the war. He served his country because he loved his country. He is a member of American Legion Post 104, Terre Haute.

Richard retired from Hoffa Security, where he had worked as a security guard. He had previously served as the marshal of Roachdale, Ind., worked as a jailer in Marion and Putnam counties and for the Greencastle Police Department.

Richard is survived by his wife, Rebecca “Becky” Ellinger McCurry, whom he married on December 6, 2007 in Terre Haute.

Funeral services will be held at 1 p.m. on Wednesday, Nov. 4, 2020 at the Hopkins-Rector Funeral Home. Interment with military honors will follow at the Forest Hill Cemetery.

The family will receive friends from 11 a.m. until time of services on Wednesday at the funeral home.