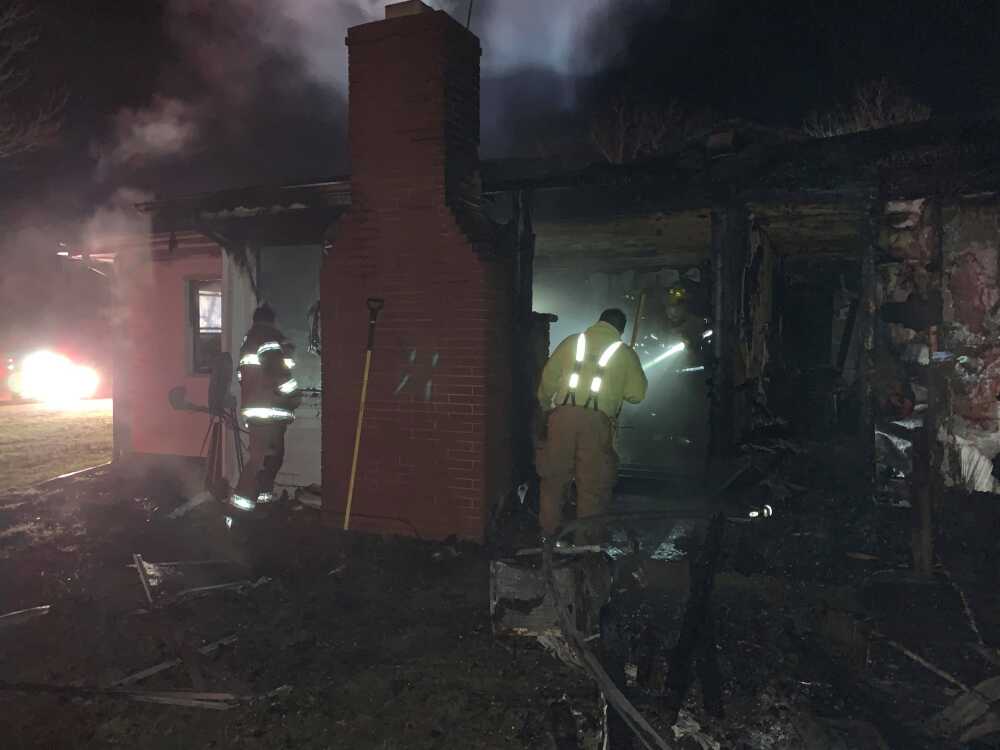 A neighbor’s dog actually noticed the fire first, leading to the first of several calls to 911 Dispatch regarding the fire. 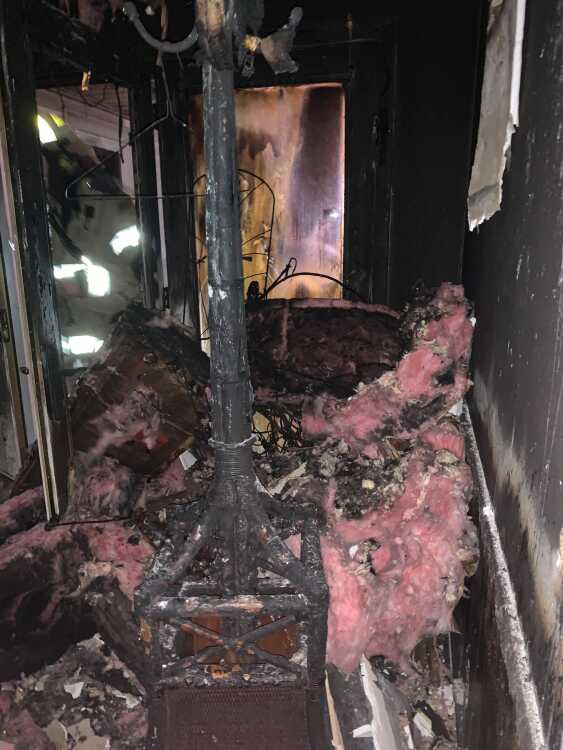 Love was not home at the time. No emergency responders or civilians were injured.

Jefferson Township Fire Chief Rick Cooper told the Banner Graphic that, fortunately, the Cloverdale Township Volunteer Fire Department was having its Christmas party at the station, so Cloverdale was on the scene first, with his own department on scene soon after.

Firefighters arrived to find the fire through the roof.

The quick response by several departments — with Madison Township firefighters were also at their station for a party — helped get the blaze under control.

The fire was knocked down quickly and was out as of 9:27 p.m.

Cooper said the blaze appears to have started in the living room, next to the wood stove, though it was not a chimney fire.

Instead, firefighters suspect hot ashes got on flooring nearby, as the fire burned through the floor.

One of the most difficult tasks was locating Love, as officials tried to reach her to no avail.

Finally, a friend of hers heard about it on the scanner and was able to get ahold of her.

Love arrived at the scene later, as firefighters were preparing to leave. The responders were able to take her through the house to retrieve some possessions. A friend picked her up to give her a place to stay.

Cooper explained that crews were able to salvage quite a few items from the home, a process that resumed on Sunday.