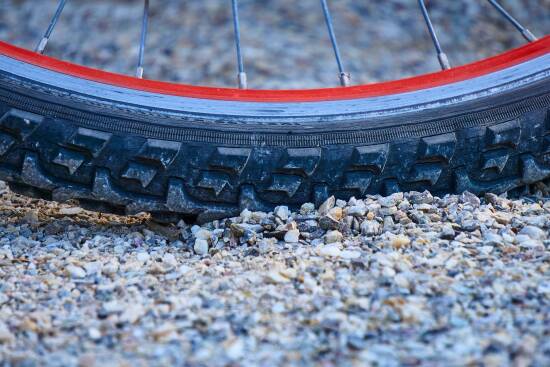 Hundreds of bicycles are coming to a country road near you later this year.

At least that’s the plan of a Plainfield man who came before the Putnam County Commissioners during their most recent meeting.

Marc O’Leary of Elevate Endurance LLC shared with local officials his plan for the Dust Bowl 100, a bicycle race set to take place mainly on the gravel roads of Morgan and Putnam counties this July.

While the race is set to be headquartered on the property of Eminence Community Schools, the lion’s share of the route is charted for the eastern end of Putnam County.

A cyclist himself, O’Leary said gravel riding is a growing discipline in cycling, citing the chance to get off the beaten path and the challenge of riding on gravel.

Since the race will be conducted on public roads, there was nothing for the Commissioners to approve. However, O’Leary said he was present for officials to review the route, to ask for possible law enforcement support and to ask about signage for the race.

For the most part, route review was no problem, as the race will be conducted almost entirely on public roads. The two exceptions are portions that take place on the Vandalia Trail and on some private property in Jefferson Township. O’Leary said he has the permission of the Putnam County Convention and Visitors Bureau as well as the private landowner.

However, County Highway Supervisor Mike Ricketts noted that part of the route has the drivers crossing Pinhook Bridge, a crossing of Big Walnut Creek that has been closed since 2006.

O’Leary noted that riders would like the extra challenge and adventure of riding around the pile of riprap that blocks each end of the bridge.

However, having riders cross a bridge closed to traffic could have some liability issues for the county. County Attorney Jim Ensley plans to review the matter with the county’s insurance provider.

As for police support, O’Leary noted that while the riders have to obey all rules of the road, he would like police at five key intersections along the route — two crossings of U.S. 40, two of State Road 240 and one of U.S. 36. The other U.S. 36 crossing is at a stoplight.

Chief Deputy Matt Demmings of the Putnam County Sheriff’s Office said any such detail would have to be undertaken by off-duty officers being paid by event organizers.

Finally, on the matter of signage, the Commissioners had no problem with 50 to 60 yard signs being placed the day before the race to direct riders along the path.

While no approval was necessary, Commissioners Rick Woodall and Tom Helmer both seemed pleased with a plan that would attract people to the area and perhaps bring customers to area businesses. Commissioner David Berry was absent Monday.

Additionally, proceeds from the race will support local youth cycling initiatives as well as the scholarship fund for the Indiana Interscholastic Cycling League.

O’Leary expects at least 250 participants for the Saturday, July 24 event. More details about the race will be published as the date approaches.

• A delay in the delivery of six new dump trucks to the Putnam County Highway Department has not affected the department so far this winter, but it has given the county little margin for error.

Six new trucks were ordered last spring, but the delivery from Palmer Trucks of Terre Haute has been delayed.

While the county has had similar issues in the past, this time the provider is apparently having trouble keeping up with orders due to COVID-19 restrictions.

Ricketts told the Banner Graphic the county hopes to take possession of four of the six trucks in the near future.

• Ricketts also reported the county’s application for $1 million in Community Crossings funds has been turned in to the Indiana Department of Transportation.

Through Community Crossings, the state will fund 75 percent of approved road projects.

Last year, the county repaved 12 miles of roads through the program.

• The Commissioners approved the transfer of an old Sheriff’s Office SUV to the Floyd Township Fire Protection District.

The vehicle will not be used as an emergency vehicle for the department.