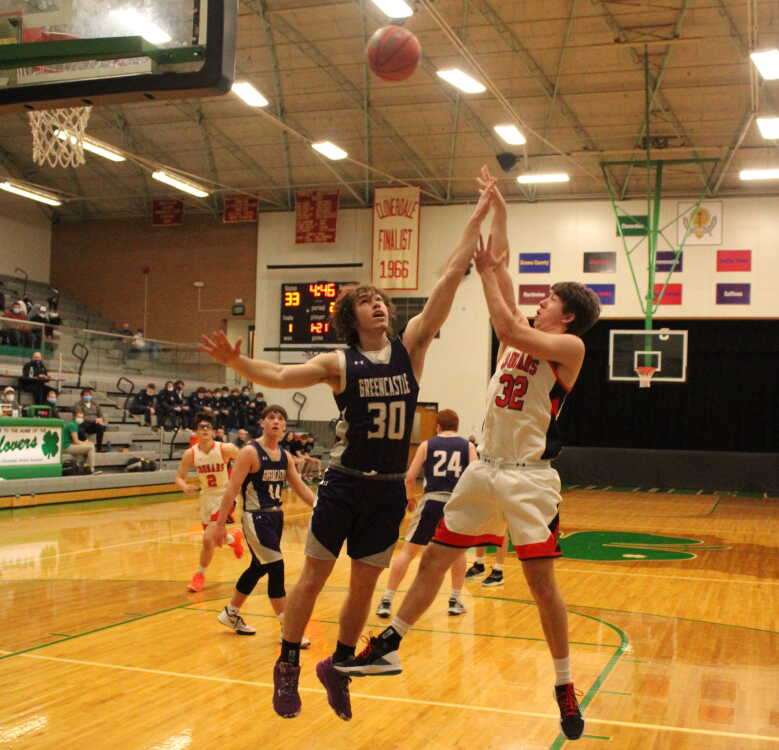 North Putnam senior Mason Brooks puts up two of his 13 points over Greencastle's Nick Sutherlin Saturday afternoon. Brooks eclipsed the 1,000-point mark for his career late in the game.

CLOVERDALE -- The Putnam County Boys' Basketball Championship will be settled at 8 p.m. Saturday, as the host Cloverdale Clovers take on the North Putnam Cougars following first-round wins by both teams.

In the second game, North Putnam built a big early lead, for a Greencastle run to tie the game at 46 in the fourth quarter.

Cougar senior Mason Brooks nailed a three-pointer that not only helped him eclipsed the 1,000-point mark for his career, but gave the Cougars a lead they did not relinquish.

The Tiger Cubs and Eagles will meet at 5 p.m. in the consolation game, while the Cougars and Clovers will tip off at 8 p.m.