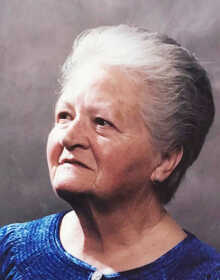 She was the first of two daughters born to Mary Louise (Adams) Forbes and Richard Dean Forbes, both from Aurora, Ill., on Aug. 29, 1927.

She went to school and college in Aurora. She married Richard F. Fitzsimmons, a chief petty officer in the U.S. Navy, in 1952. They had two children.

She belonged to the Navy Club of Fort Wayne and for a time was commandant of the auxiliary. She belonged to the Women’s Traffic Club of Indy while working 17 years at Navajo Trucking Co. She and her husband, after his retirement, were manager and caretakers of Dogwood Springs Campgrounds in Cloverdale.

She is survived by daughter Denise A. and husband Joseph McKammey, daughter-in-law Wanda Fitzsimmons, sister Patricia A. Smith, many grandchildren, great-grandchildren, nieces and nephews.

Funeral services for Betty will be at noon on Tuesday, March 23 at Daleiden Mortuary in Aurora, with visitation from 10 a.m. until the service time of noon at the funeral home.

There will also be a viewing for Betty from 10-11 a.m. Saturday, March 20 at Whitaker Funeral Home, Cloverdale. Online condolences may be sent at www.whitakerfuneralhome.net.