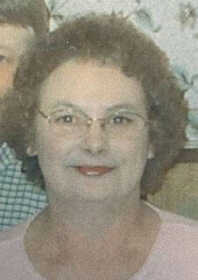 She was born on June 30, 1940 in Raccoon to the late Richard and Mildred (Davies) Duncan.

She was a graduate from Roachdale High School, and then shortly after on July 3, 1958 she married James Allen Preston. He preceded her in death.

Lois worked at Wilson Brothers Greenhouse for many years and then later for Walmart.

She enjoyed family get-togethers, playing cards, reading and animals. She will be greatly missed by many, especially her siblings.

She was preceded in death by her parents and her brother, Bill Duncan.

A graveside service was held at Roachdale Cemetery on Thursday, April 1 at 10:30 a.m.

You are invited to visit www.serviesmorgan.com where you may leave a condolence or share a memory with the family.

Servies & Morgan Funeral Home was entrusted with the funeral arrangements.