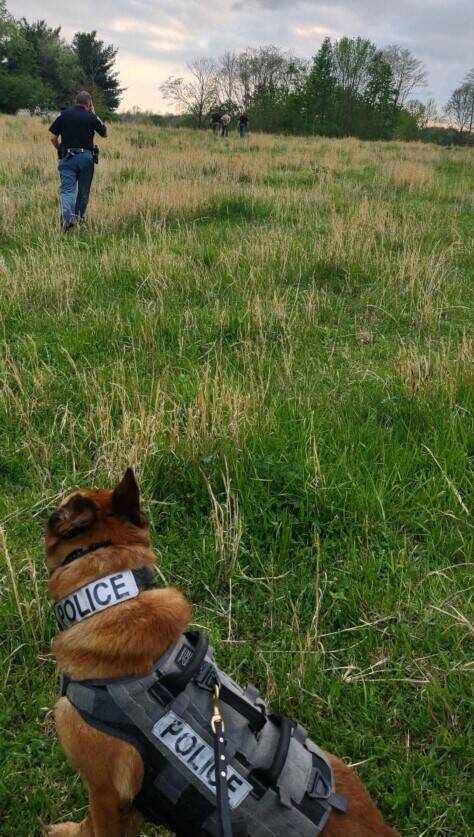 Due to the residence being located down an extremely long gravel driveway and surrounded by open fields and woods, the ISP Aviation Section was requested to assist and the use of an ISP helicopter proved effective in the apprehension.

At approximately 7:30 p.m. with officers beginning to pull into the driveway. Bradley immediately fled on foot, behind the house and through the fields.

The ISP helicopter was able to keep a visual on Bradley, who continued to try and elude capture. However, as the aviation troopers directed the ground troopers to the correct location, Bradley stopped running and surrendered. He was taken into custody without any further incident.

Bradley was arrested and incarcerated at the Owen County Jail for the following offenses:

New charge of resisting law enforcement by fleeing on foot, Class A misdemeanor.

Sgt. Day applauded the hard work, cooperation and quality investigation skills by all officers and departments involved. “Excellent teamwork, seamless cooperation between departments and thorough planning resulted in a dangerous individual being arrested without a major incident. The citizens can rest easier knowing Mr. Bradley is in custody.”