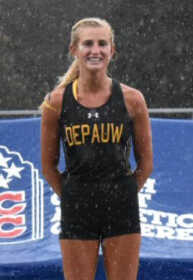 DePauw’s second first-place finish was earned by the 4 x 400-meter relay team, Charlotte Borland, Annalise Grammel, Stoffregen, and Erin Pasch, who finished with a time of 4:11.60. 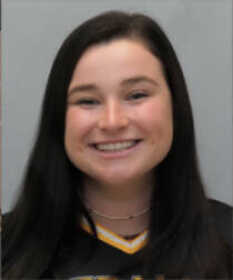 Meanwhile, DePauw's Drew Bratcher (So., Reelsville, Ind./South Putnam) has been selected the North Coast Athletic Conference Athlete of the Week for her performances in last week's wins over Illinois Wesleyan and Rose-Hulman.

She went 4-for-6 against Illinois Wesleyan and hit a solo homer in each game of the twinbill. Bratcher scored one run in each contest.