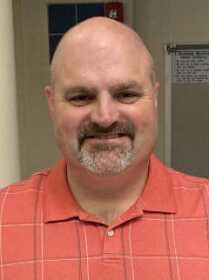 ROACHDALE — After serving as principal at North Putnam Middle School for the past seven years, Scott Miller is moving northeast to take over as superintendent at Clinton Prairie Schools.

The North Putnam School Board approved Miller’s resignation during its regular session a week ago.

Miller will be succeeded by Assistant Principal Bucky Kramer. The board also approved a new administrator contract for him at the meeting.

Miller’s tenure as superintendent at Clinton Prairie, as well as Kramer’s stead as principal at the middle school, will officially begin July 1.

Miller came to North Putnam in 2014 and succeeded current Director of Operations Terry Tippin as principal at the middle school.

“I think the key in everything we do is just being a good communicator,” Miller said about what it takes as a school administrator. “I think it’s critical for administrators and I think with superintendents to be very skilled as a communicator about everything that you work with.”

Miller said coming in, learning with staff and helping North Putnam Middle School grow has led to greater consistency and structure. The No. 1 thing has been doing what is best for the students.

“I don’t know that I could name one (high point), because there’s been so many,” he said about highlights of his career at North Putnam. “Probably more than anything else, it’s seeing the number of kids that we have had who have just really grown and matured and succeeded and done well year after year.

“I think that we really worked hard to build a culture of expectations,” Miller added. “The kids are expected to behave, expected to work and they’re expected to do well. Whether it was empathy education or a positive student rewards system, that was really focused around teaching our kids to be good people.”

Miller said he has always felt like North Putnam is a family. This includes everyone, from the staff to the students to the community at large. This is what he will miss most.

“It’s not an easy decision that I made to take that next step, because I wouldn’t wanna go be a principal anywhere else besides North Putnam,” Miller said. “This is a different role, a different step that I’m excited about, but I certainly will miss my North Putnam family.”

As he leaves North Putnam Middle School for Clinton Prairie, he believes the building will be in good hands with Kramer as principal.

“He is an extremely dedicated educator, and he is dedicated to North Putnam,” Miller said. “I think that as I move on, the middle school’s in real good hands and Bucky will do a good job.” 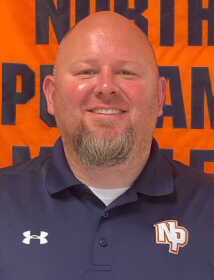 Kramer was at Logansport Community Schools from 2002 to 2012 before beginning at North Putnam as a social studies teacher. He was the head wrestling coach and an assistant football coach before becoming dean of students in the 2015-16 school year. This position was then changed to assistant principal.

For his part, Kramer is looking to maintain the cohesion that Miller has established. This is as Miller has become a mentor and a good friend of his.

“It’s been something I’ve been working toward for last six-seven years working with Scott and here within our corporation,” Kramer said. “It certainly is an honor to help lead our school building and our staff.”

Kramer said he and Miller are very much alike and have the same interests in life and the way they do things. This is why the transition seems so seamless. The greatest element of it remains being there and available for the school community.

“I like to treat people as a human, how I would want to be treated as a student, as a parent and also as a teacher,” he said. “I’ve been all of those things. So it’s important for me to provide a quality experience for everybody.”

Kramer believes the success at North Putnam Middle School is due to its staff. The overarching goal remains keeping the school the top-performing middle school in Putnam County.

“I think the key to success is constant evaluation and accountability,” he said, “and to provide that in a way that students, parents and staff members can own the progress of our building and of their own personal learning.”

Kramer said that there has “always been something” that has pulled him to the North Putnam community.