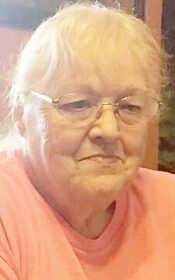 Phyllis Marlene McCormick, 77, Brazil, passed away Sunday, June 6, 2021 at her home surrounded by her family.

She was born in Owen County on March 7, 1944 to the late Clarence and Marian (Small) McCormick.

Phyllis worked for Lobdell Emery in Greencastle until her retirement. She later earned her GED at the age of 65. She loved shopping at Goodwill, where she always seemed to find something for her family.

Phyllis was a great cook, and enjoyed collecting purses, working in her flower beds and playing cards.

She was preceded in death by her sister, Carol Shrader.

A graveside service will be held at noon Saturday, June 12 at Cloverdale Cemetery with Pastor John Pierce officiating. Online condolences may be expressed at www.moorefuneralhomes.com.