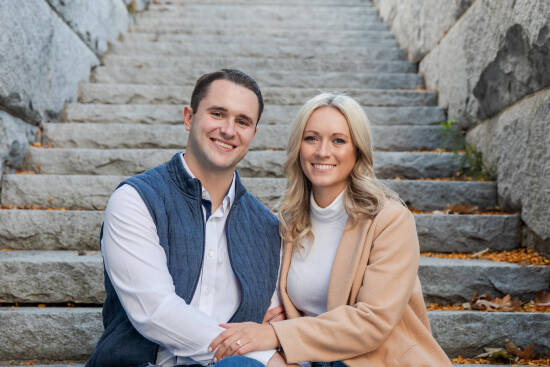 Ron and Kay Byrd are pleased to announce the engagement of their daughter, Caroline Elizabeth Byrd, to Jake Sebastian Stauner, son of James and Carolyn Stauner.

Caroline and Jake both reside in Chicago. The couple will be united in marriage on Nov. 13, 2021 at the First Christian Church in Bloomington, with a reception to follow at the Alumni Hall on Indiana University campus.

The bride-to-be is a 2013 graduate of North Putnam High School and received a BS from Indiana University and is currently employed by United Airlines as a pilot training scheduler.

The groom-to-be is a 2013 graduate of Lake Zurich High School in Lake Zurich, Ill., and received a BS from Indiana University in management. He is currently employed by Becton, Dickinson and Co. as an associate product manager.

Caroline and Jake met while attending Indiana University and both graduated in 2017.