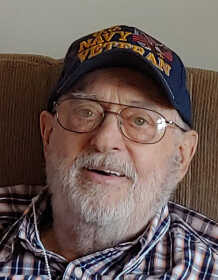 He was born June 9, 1939 in Indianapolis to Paul and Mildred Gould.

Paul married the love of his life, Virginia “Ginny” Richards, on Feb. 28, 1960. She survives along with their sons, Rodney Paul of Billings, Mo., and Mark Allen of Columbia, Tenn. Grandchildren include Riley, Gracie and Aiden. Paul is also survived by a brother, William Gould (Barbie); a sister, Suzy Schneider (George); and several brothers- and sisters-in law, nieces and nephews.

After graduating from Greencastle High School in 1958, Paul worked for Gould’s Market, the family grocery store. He also worked at Colonial Bread Co. and IBM.

Paul took a military absence from 1962 to 1964 to serve in the U.S. Navy. He was assigned to the U.S.S. Bache and was involved in the Cuban Missile Crisis. He rejoined IBM in 1964, working in Greencastle until 1972. He and Ginny were the epitome of IBM (“I’ve Been Moved”), working for them in Little Rock, Ark., Charleston, Ill., Mechanicsburg, Pa., and Lexington, Ky. He retired from IBM in 1993.

Paul and Ginny were charter members of Sherwood Christian Church.

He enjoyed woodworking, spending time with family, going to the Gould reunion and playing croquet. He taught his sons about fishing, but he left out the part about catching.

No funeral is planned. A celebration of life is being planned.

Hopkins-Rector Funeral Home, Greencastle, is in charge of the arrangements.