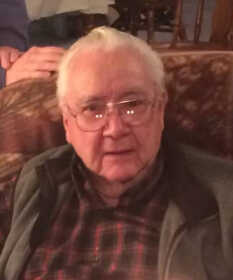 Richard had owned and operated with his brothers Jackson Brothers Real Estate and the Campus Double, Triple J and Double Decker restaurants.

He was a member of the Putnamville United Methodist Church. He was an avid bird hunter, fisherman and a lifetime member of the NRA.

He was preceded in death by his parents; son Michael “Mike” Jackson; and brother William “Bill” Jackson.

Graveside services will be held at 11 a.m. on Saturday, Oct. 23 at the Forest Hill Cemetery.

Memorial contributions may be made in memory of Tink to the Humane Society of Putnam County or the Putnamville United Methodist Church.