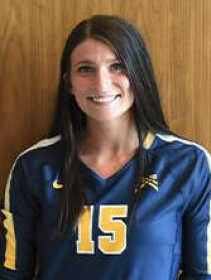 Maggie Meyer was named to the All-Crossroads League Second Team for the second straight season, turning in back to back honors from her libero position. Meyer led the Knights with 260 digs in league matches, while also recording five kills as a libero. Meyer ranked sixth in the Crossroads League in total digs and was fifth in digs per set. The senior libero also averaged 1.02 assists per set, tallying 58 assists.

Marian will continue their historic season on Saturday as they host Bryan College in the NAIA Opening Round. First serve is scheduled for 6 p.m.