DePauw holds off Rose-Hulman to advance in NCAA Tournament 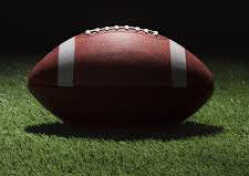 Whenever opportunity knocked, DePauw answered Saturday afternoon in the first round of the NCAA Division III Football Playoffs.

The Tigers, hosting Rose-Hulman, overcame a deficit of 221 total yards and 35 plays with five interceptions to advance despite a late Engineer rally with a 26-21 win.

After a pair of punts to start the game, DePauw struck first as Jaylon Smith caught two passes on a five-play drive for 36 yards, including a 10-yard score from Chase Andries, for a 6-0 lead after the extra point was missed.

The Tiger defense got its first interception of the game when Jonathan Bruder intercepted Andrew Dion in DePauw territory.

Following the pick, the Tigers put together a 10-play drive, Smith covering 40 yards on one catch, before Andries hit Aaron Candiano for a three-yard score to make it 13-0 in favor of the hosts.

The Engineers missed a scoring chance when David Guhl blocked a 32-yard field goal attempt from Jonathan Olinger in the second quarter vu the visitors would get on the board before halftime.

A 12-play, 90-yard drive culminated in a 12-yard pass from Dion to Adam Tice-Saliu to halve the deficit at 13-6 with under a minute left in the half.

A 57-yard kick return by Danny Sheehan on the ensuing kickoff put the hosts on the Rose-Hulman 28-yard line and three plays later, Andries hit Trey Shaw for a 21-yard score to restore the two-score lead at 20-7 with six seconds until the break.

The Engineers received the second-half kickoff but Olinger again failed to convert a field goal, missing from 34 yards out.

DePauw looked like it had a chance to really do damage after Liam Pooler intercepted Dion and return the ball 54 yards to the Engineer 34-yard line but Andries was intercepted on the next play by Winston Amankwah.

A 42-yard pass to Daniel Huery and a 23-yard Shane Weishans run set the visitors up at the Tiger 10-yard line but Dion was picked in the end zone by Dane Young.

After getting a first down, a bad snap led to a fumble that was recovered by Kyzer Bowen, giving the visitors a short field to work with.

With first-and-goal at the DePauw eight-yard line, Rose-Hulman ran it four times with Weishans but on fourth-and-goal from the one-yard line, the Tiger defense stoned the Engineer back to take over on downs.

Similar to the previous drive, however, the hosts picked up a first down but Andries lost the ball on a good run and Michael Stevens recovered for Rose-Hulman.

The Engineers finally capitalized as Dion hit Weishans for a six-yard score to start the fourth quarter, cutting the lead to 20-14.

Andries was hurt on the fumble and Nathan McCahill, in for the next series, ran for 16 yards, was sacked and missed two passes, forcing a punt.

Dion was picked for a fourth time, Bruder getting his second of the game, at the Rose-Hulman 23-yard line, leading to a 36-yard Joe Sullivan field goal that made it a two-possession game at 23-14.

After a trade of punts, Dion was intercepted a fifth time, Daniel Rafeedie getting in on the act, though the Tigers could not get the three yards needed for a touchdown and had to settle for a 27-yard Sullivan field goal to make it 26-14 with under five minutes remaining.

With the DePauw defense giving away nothing over the top, Rose-Hulman dinked and dunked its way down the field, finally getting into the end zone on a three-yard score by Tice-Saliu, to make it 26-21 with 35 seconds remaining.

The Engineers, however, recovered the ensuing onside kick and converted on foruth-and-10 to the hostsí 28-yard line.

With 12 seconds left, the visitors saw one pass broken up by Pooler while a screen pass on the final play of the game did not fool the Tigers, who swarmed Weishans before any chicanery could ensue to seal the win, the first for the school in the NCAA Tournament.

DePauw will travel to No. 3 Wisconsin-Whitewater, which defeated Greenville 69-7, next Saturday with at 1 p.m. EST.