Quarterfinal spot up for grabs as DePauw, No. 3 Wisconsin-Whitewater tangle 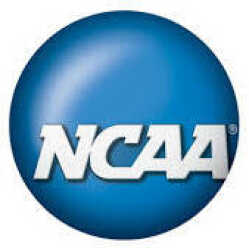 After its 26-21 win over Rose-Hulman last week, DePauw will be entering uncharted territory Saturday afternoon as it participates for the first time in the second round of the NCAA Division III Football Playoffs.

The Tigers (9-2) will be on the road and facing a significant step up in opposition as they face No. 3 Wisconsin-Whitewater (11-0) for a spot in the playoff quarterfinal against the winner of No. 6 Wheaton and No. 8 Central (Iowa).

Kickoff is scheduled for 1 p.m. EST/Noon CST with Taylor Richardson and Tom Kemper on the call for 91.5 WGRE. The game will be streamed at https://portal.stretchinternet.com/uww/.

The Warhawks are among the elite programs in the Division III landscape, having been to 10 national title games and winning six, including their most recent win in 2019, and have won 26-straight home games dating back to 2016.

Winning the fiercely contested Wisconsin Intercollegiate Athletic Conference, Whitewater is among nine teams still unbeaten in the playoff and is one of two WIAC schools still playing as No. 11 La Crosse faces No. 1 North Central this week.

Whitewater works out of the spread with quarterback Max Meylor running the show, completing 186-of-264 passes for 2,512 yards and 32 touchdowns against just two interceptions on the season.

Defensively, the Warhawks work out of a 4-3 setup that rotates groups in and out frequently, accounting for 54 tackles for loss and 23 sacks on the season, allowing only 72 yards rushing, including just three rushing touchdowns, 200 yards passing and 11 points per game.

DePauw will have to continue to rely on its defense to create additional scoring chances after recording five interceptions against Rose-Hulman, helping to negate an offense that recorded 515 yards

The Tiger offense will also have to capitalize off the turnovers as the five interceptions only led to 13 total points with two turnovers being followed by turnovers back to the Engineers and an interception returned to the Rose-Hulman three-yard line that only resulted in a field goal.