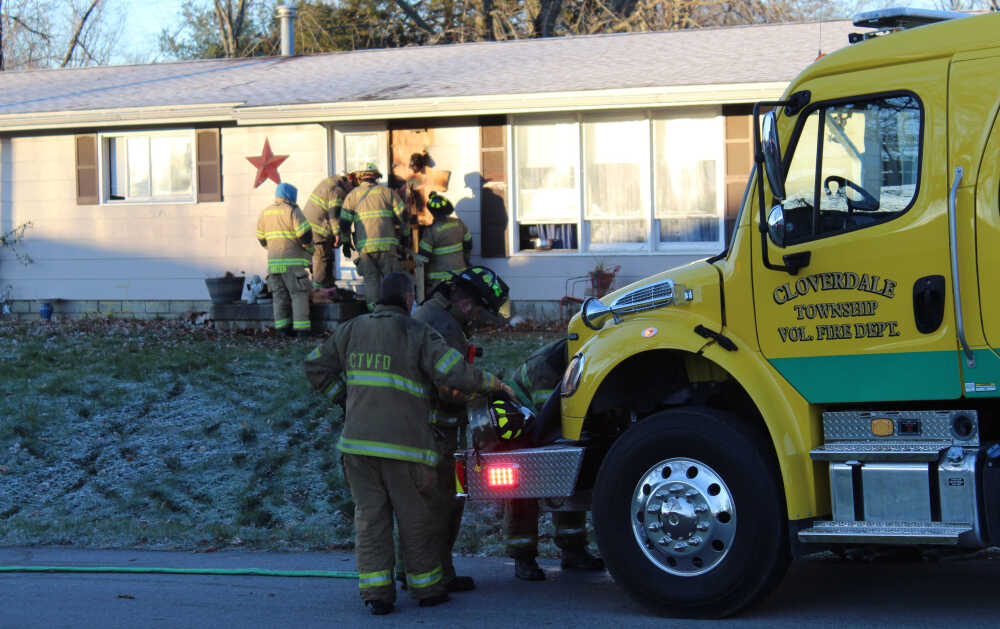 The Cloverdale Township Volunteer Fire Department was dispatched at about 7:50 a.m. for a house fire at 52 Doe Creek Dr. behind First National Bank. Firefighters arrived and found smoke showing.

Cloverdale Fire responded with two engines and a box alarm was initially established. However, the fire was quickly under control and the box alarm was disregarded. 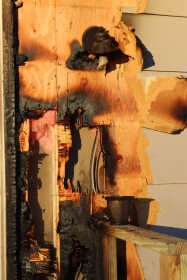 Meanwhile, the Greencastle Fire Department responded with an engine. Putnam County EMS was also on standby at the scene, and the Putnam County Sheriff’s Office was in the area before being cleared.

It was determined that the porch light’s bulb melted and the siding ignited. However, the damage was only on the outside.

The residents were uninjured in the incident. Indeed, Good Samaritans were able to wake them up when the fire occurred.

According to Putnam County GIS, the home is listed to Brent and Ryan Offerman of Greencastle.