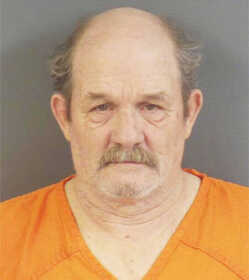 Through the course of the investigation, Weesner and other investigators found multiple images or videos of young females in sexual or suggestive poses both on email accounts associated with Osterhoudt’s number as well as on his computer.

A search warrant was executed at Osterhoudt’s Russellville home in September 2020, at which time court records indicate he told officers they would find illegal pornography on his computer.

Osterhoudt further told officers that he had exchanged images and videos with others via the internet. He also indicated that all of the images were obtained on the internet and not made locally.

A Level 4 felony carries with it a sentencing range of 2-12 years, while Level 5 felonies can range from 1-6 years.

Following the issuance of a warrant for Osterhoudt’s arrest, he was booked in the Putnam County Jail at 2:22 p.m. on Tuesday.