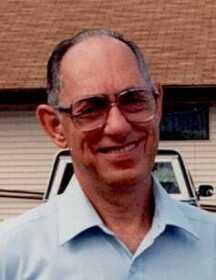 Denny was born in Indianapolis on June 15, 1930, the son of Denver and Verdie (Barnes) Hughes.

He was a graduate of Speedway High School. He joined the U.S. Navy after high school and proudly served during the Korean War.

Mr. Hughes worked for 34 years as a Draftsman with Allison General Motors Corp. until his retirement in 1987. He enjoyed bowling and hunting, but most of all he liked reading his Bible and devotions.

He was preceded in death by his parents; a daughter, Pamela Welle; a brother, Buddy Hughes; and a sister, Shirley.

At his request there will be no visitation or services, a celebration of life will take place at a later date.

Memories may be shared with the family at www.BittlesandHurt.com.