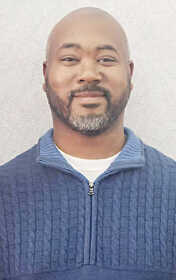 Incumbent Russell Harvey was reappointed to the Greencastle Board of School Trustees Wednesday night in a unanimous vote of the City Council.

Harvey, who resides at 20 N. Gillespie St., has served three years on the school board after being selected by the board to replace the City Council appointee, Lisa McCoy, who had resigned.

However, Noll, who checked so many boxes as a retired teacher and administrator at North Putnam, Greencastle, Cloverdale and Indianapolis and as a grandparent of current students, had to be eliminated from final consideration when it was learned she did not meet the residency requirement of the school corporation’s rules of reorganization.

Noll and her husband have purchased a condo within city limits on Ridgeland Road and are selling the Putnam County home in which they have resided the past 20 years. However, the residency rule states that a candidate must reside in the school district for three previous years.

Jorgensen, who went first in front of the Council, advocated that the school corporation open up the science fair to all grades and that “some kind of assessment” is needed to evaluate the learning loss aspect of the Covid climate at the schools and that children need another 20-30 minutes a day to socialize and develop the skills that go along with that.

Price focused on his firefighting experience and leadership skills to suggest “with everything happening in our schools nowadays, we need to be working more closely” with them and conducting active shooter training in the Greencastle schools again after a several-year lag.

As the time came for a decision after 2 hours and 45 minutes of discussion, Councilor Stacie Langdon made the motion to reappoint Harvey to a four-year term.

“He’s been through challenging times,” Langdon added. “He’s got us through Covid, and they’ve had a superintendent retire, then appointed the new superintendent, and most importantly, when I hear him talk I think he has a vision for the future and a love for Greencastle Schools and the community. They were good candidates, but in my mind, Russell stood out.”

In his closing remarks, Harvey told the Council, “I love being on the school board. It’s been a great opportunity to serve in a way that I never thought that I would, one, be interested in, and two, never thought I could do if I’m being honest.

“I’d love to help the school corporation grow and add some vision to things we can do and just be involved in the community in that way,” he added.

Harvey was asked what might be done to stem the tide of Greencastle teachers moving on to higher-paying jobs at Avon or Plainfield.

“The big answer isn’t the easy answer,” he said, “and that’s pay. We’ve got to make it worth it. Most teachers aren’t going into it for the money, I think they understand that. But we’re close to areas that can do better from a pay standpoint, and that’s unfortunate. But it is the situation.

“The other thing,” Harvey added, “is we need to let teachers know that we love them and support them. I know this from being on the school board, a lot of times the only time you hear something from somebody is when they’re mad.”

Harvey said he believes Greencastle’s unique mix of higher education, industry and a farming community could position Greencastle Schools “to be one of the top schools in the state.”

“We have higher education that’s around. We have these factories that are here for industry. We have a great farm community here, and I think being able to make those connections and work with the schools and work with the teachers and provide those sorts of tools and insights, out-of-the-box experiences, field trips, whatever it is, I think that can really empower teachers and help make them feel a certain way, too.”

Mayor Bill Dory also asked Harvey about the proximity of the “beautiful Ivy Tech campus right across from the high school. My perception, and it may be wrong,” the mayor added, “is that our school district is not taking advantage of that resource. What are your thoughts on a strong relationship with Ivy Tech for our students?”

“We have to do that, not just with Ivy Tech, but we have DePauw here and I think there’s a good connection there,” Harvey responded. “But even with the industry that we have in town, local farms and all of these things, collectively we could really be building some programs that would put Greencastle at the very top of the state. Sometimes I scratch my head as why we’re not there yet. I think we can get there.

“A lot of it is just being able to promote it and make sure the community understands it. When we’re talking about higher education, we also have to take into consideration we’re in a community where a lot of people struggle and we have students whose parents didn’t go to college or anything like that and they don’t know anybody in their family who has. So we have to understand that.”

In seconding Langdon’s motion to reappoint Harvey, Councilman Dave Murray praised, “He’s got a servant’s heart on top of his experience, and he’s on the Human Relations Committee here in the city, which I think says a lot.”

Meanwhile, in the only other piece of business Wednesday night, the Council adopted Ordinance 2022-3 on second reading, providing a slight reduction in water rates as a result of state legislation that repealed the utility receipts tax.

The result is a four-cent reduction in the rate per 100 cubic feet of water use. It becomes effective with the August billing.

“The good news,” Clerk-Treasurer Lynda Dunbar interjected at the June 9 meeting, “is something is going down.”

The City Council will next meet in regular session for its July meeting, which is being moved up a week to Thursday, July 7 because of members’ scheduling conflicts and will also start earlier at 6 p.m. at City Hall.