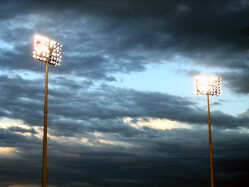 The start of fall brings with it the requisite football weather as the Putnam County schools take time to find opponents outside the county borders to play in week six.

Greencastle and Cloverdale will be celebrating homecomings with Brown County and South Decatur arriving while North Putnam and South Putnam head opposite directions down U.S. 40, the Cougars of to the east to face Cascade while the Eagles head west to tackle West Vigo.

While there are not many games between the two, Greencastle has won the past two meetings against Brown County by 34 and 22 points with many signs pointing to more of the same on Friday.

The game will be framed around the late news of Tiger Cub head coach Mike Meyer being placed on indefinite leave Thursday. Matt Helmer will take over as interim head coach.

The Eagles have struggled heavily this season with their closest contest the 29-27 loss at Cloverdale in week three while losing by just 29 points to West Vigo last week. The other three games have been losses of 40 points or more.

After a pair of tough weeks of their own against South Putnam and Sullivan, the Tiger Cubs will be looking to use the chance to work out some of the kinks ahead of the final three weeks of the season.

Also staying inside the confines of Putnam County is Cloverdale, who welcomes a different set of Cougars to town as South Decatur makes the long trek west from southwest of Greensburg.

The visitors will be arriving on a two-game win streak, having defeated Crawford County and Hillcrest Academy (OH) in recent weeks.

South Decatur will posit another running game the Clovers must solve, having thrown a total of 18 passes the entire season.

Corbin Johnson has been the featured back for South Decatur, rolling up 677 yards on 88 carries for seven scores, including 176 yards two weeks ago and 205 yards last week.

The Cougars have used a variety of formations but will use several power looks to get Johnson free while other backs such as Rhett Martin (42 carries, 286 yards, five touchdowns) and Tyler Bishop (27 carries, 174 yards) will alternate as lead blockers for Johnson.

Martin and Johnson are also the two leading tacklers for South Decatur, which will start in a 3-4 front to try and hem in the Clover offense.

In a battle of who has the better running game, North Putnam will travel to Cascade with both teams having run over Cloverdale in recent outings.

The Cougars come in after picking up their first win of the season last week as Noah Claycomb rushed 30 times for 283 yards, balanced out by a strong performance from Christian Kramer in the air, who was 15-of-20 for 231 yards.

Cascade continues to ride the legs of Liam Farmer, who is 44 yards shy of 1,000 rushing yards on the season, having added 145 more yards against Indianapolis Lutheran last week, and is over 100 carries for the season.

Out west, South Putnam will look to lock in a minimum of a share of the WIC Small School Division title at West Vigo.

The Vikings picked up their second win of the season last week at Brown County, using the run and pass in equal measure as Kaleb Marrs was 10-of-17 for 214 yards and three scores while the team ran 29 times for 220 yards and three more scores, led by Brock Higgins (eight carries, 61 yards, two touchdowns) and Rhyan Shaffer (six carries, 94 yards, touchdown).

West Vigo has rushed for 220 yards or more three times this season with last week’s 214 yards in the air the first time the team has broke even 100 yards this year.

The Eagles have largely remained a balanced outfit with Wyatt Mullin averaging 150 yards a game in the air while the team has rushed for over 200 yards in four of five games, including 291 yards on 28 carries last week, Luke Switzer accounting for 101 yards on eight carries while Peyton Crickmore added 91 more on eight carries.