A Thought on Protest on This Independence Day 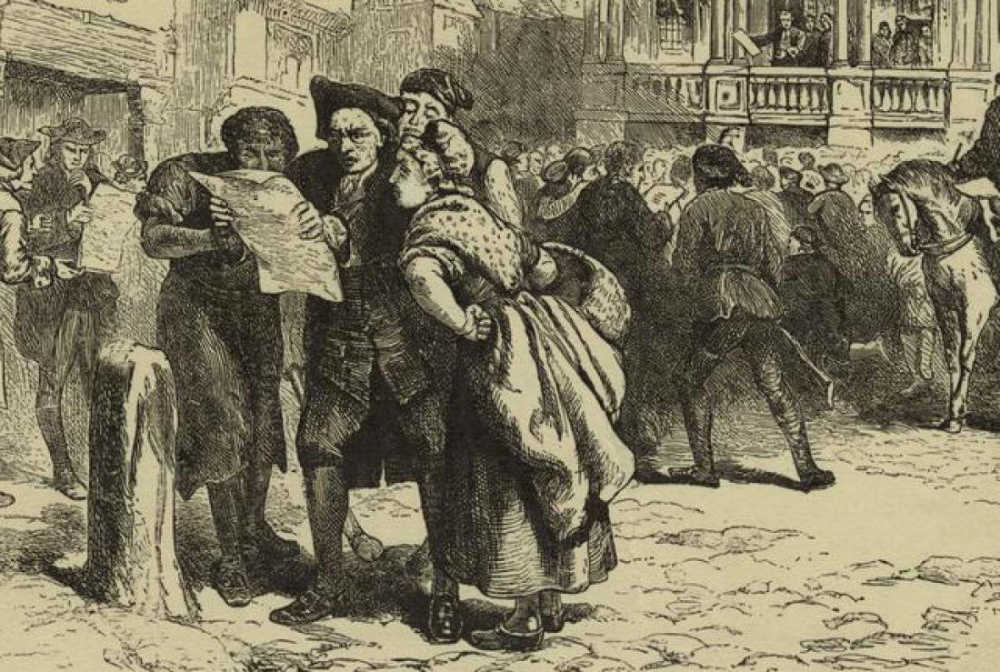 I have been thinking about the idea of protest in context of the 4th of July.

It began to mull in my head when I was listening to the Guess Who’s classic “American Woman” on the way to cover a school board meeting. Its lyrics about not needing our “war machines,” and telling a personified America to keep its distance, speak plainly enough.

They suggest to me that this Canadian band was reacting to the conduct of our nation embattled by dissent, assassination, and by division not seen since the Civil War. I am also conscious that “American Woman” is but one example of the music that inspired debate about what was happening at the time, and became the voice of a generation.

Another source for my contemplation has been watching Ken Burns’ excellent documentary on the Vietnam War. It is sobering to watch because it visualizes the period.

You can see the anger of the anti-war protests. You see the blood that was shed on both sides. You see the struggle of the veterans and activists who lived through it all, as they try to recount how they felt after My Lai, Kent State, the 1968 Democratic National Convention, and after both Robert Kennedy’s and Martin Luther King, Jr.’s assassinations.

The core element of all of this was chaos, and a further inspiration for change.

History has a remarkably uncanny way of repeating itself. It’s never totally the same, but it’s unmistakable in its grand scheme of things.

If you really think about it, the 13 Colonies’ path towards freedom from Great Britain was grounded in dissent. The colonists developed the slogan “No taxation without representation” in response to taxes on stamps, imposed by a government an ocean away. Groups like the Sons of Liberty organized events such as the Boston Tea Party to send Parliament what was then a powerful and dangerous message. They further resented being forced to quarter British soldiers in their homes.

It became so disruptive to the everyday order of things that everything finally came to a head in April of 1775 at Lexington and Concord. The rest, as we like to say, is history.

But dissent has been far from unanimous.

Many colonists opposed these activities on the grounds that they were threatening their security, and maintained their loyalty to the Crown. Americans, both north and south, opposed the Civil War because of the bloodshed, despite the principles that it was being fought over. There were Americans who opposed entering both world wars.

They did so until they became convinced that the conflict was for something higher.

Perhaps most starkly, young Americans opposed the Vietnam War on the basis of its brutality, lack of accountability, and misdirection. They did it in a fashion that continues to influence political action, right up to recent gun control protests initiated by high school students, as well as NFL players taking a knee with no stated aim to disrespect our military or our flag.

From the signing of the Declaration of Independence, to the demonstrations against the Vietnam War, The political culture of the United States has been shaped by protest. We must keep this in mind before we accuse others of being unpatriotic when they march or speak for a cause like gun control or civil rights.

But those who protest must also be prescient of meeting violence, verbal or physical, with more violence. I feel that our current sensitivities demand civility.

We can draw lessons from the past in this regard, and have faith that our discourse can invite differing political, religious, and societal views, and not compromise our resolve in condemning hate and discrimination.

I think it is fitting to end with an important line from the Declaration of Independence that speaks for this:

“Prudence, indeed, will dictate that Governments long established should not be changed for light and transient causes…But when a long train of abuses and usurpations, pursuing invariably the same Object evinces a design to reduce them under absolute Despotism, it is their right, it is their duty, to throw off such Government, and to provide new Guards for their future security.”

The 20th century British novelist L. P. Hartley wrote that, “The past is a foreign country; they do things differently there.” The Declaration does not call for revolutionary action in our times. However, it does provide that protest is effectual, but only if it is meaningful. The 4th of July, for this writer, is a reminder of that.