On the lockdown, and why you can still trust us 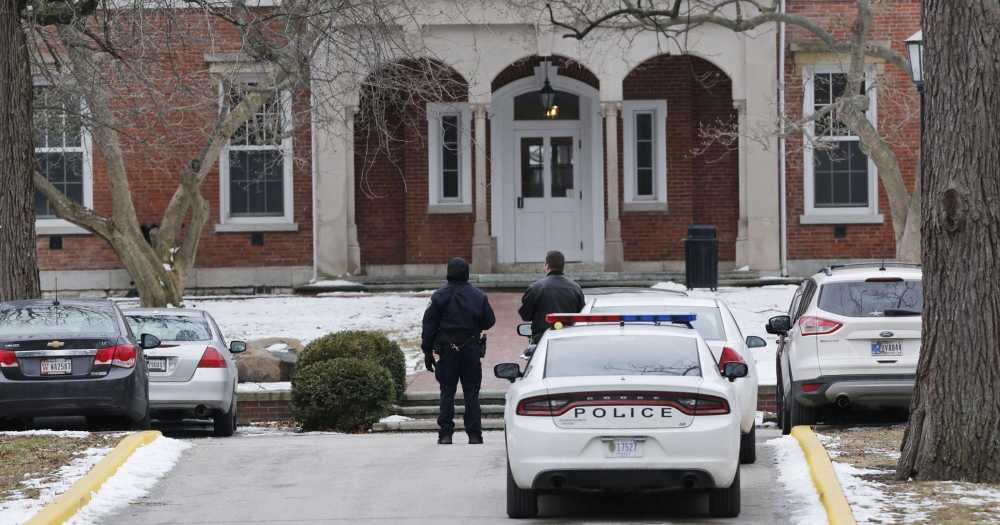 The past few days have been rough on Wabash College, but I have to admit I'm impressed with how the students responded ... Their cooperation with police kept everyone safe, and the professional responses from the student publication staff, the school's administration and the quick calls made by students made sure nobody was left wondering where their loved ones were. I know the school has suffered a tragic and surprising loss, but I think those boys deserve some credit for keeping the situation from escalating further.

Before I get into this one, I just want to express how relatively unfazed I feel right now to be turning 24 today. I still have a story to write, and I will be going to North Putnam's regular school board meeting tonight.

Really, it feels just like a regular day in the newsroom.

Not that I'm unhappy about it. My phone has been dinging off this morning with Facebook notifications that someone has written some iteration of "Happy Birthday" on my timeline. I certainly appreciate that, and it will be even better if I get a few texts here and there. That's all I have to say about that.

My best friend Evan wrote the above quote in a Facebook post three years ago. It followed a series of events that, I think, collectively made (and still continues to make) many think about the exceptionalism of those who graduate from Wabash.

To put it simply, the events involved a lockdown of the campus which I still remember like it was yesterday. I also still remember feeling like I wanted to throw up when I heard that Wabash alumnus Lucius Hamilton had murdered his niece and her four-year-old son, and then took his own life.

This story from the Indianapolis Star went into great detail as to the wealth and prestige that the Hamilton family had acquired before Lu committed the murder-suicide on Feb. 17, 2016. You can read it for that, but it is generally agreed upon, but will never be certain, that he killed them because of inheritance money.

Lu, as he was called by family and friends, was described as a calm and level-headed individual who could never do such a thing. Surely Wabash Men could never do what he did for money. But the signs suggest that he did. Regardless of that, it made me sick to my stomach knowing that I had that connection with him.

Some, to be frank, also said the same of students at Wabash who took their own lives. That just further emphasizes for me the importance of not running away from the issue.

I wrote in an Odyssey article after the incident that, "Even now, as others who don't understand the principle of the Gentleman's Rule question its validity and what it stands for, I still struggle with the implications..."

Hamilton's actions still make me question how Wabash often views itself as being better than the rest. But it's observations like Evan's that matter, because it showed us how we, and other similar communities, can get it together.

On a happier note, something happen to me Monday evening that I think further proves that we often depend on the community to help us capture the stories that matter. I have to thank Joe Buser for letting me know through Facebook(!) that Purdue student Aaron Lai had stopped near Brick Chapel on his trek to Bloomington.

I high-tailed it out from my customary evening rest and caught up with him as he was changing his shoes. If it were not for him, the photo to the left would likely not have happened. Lai's story as to why he is walking from Purdue to IU to honor Tyler Trent would not have an image. 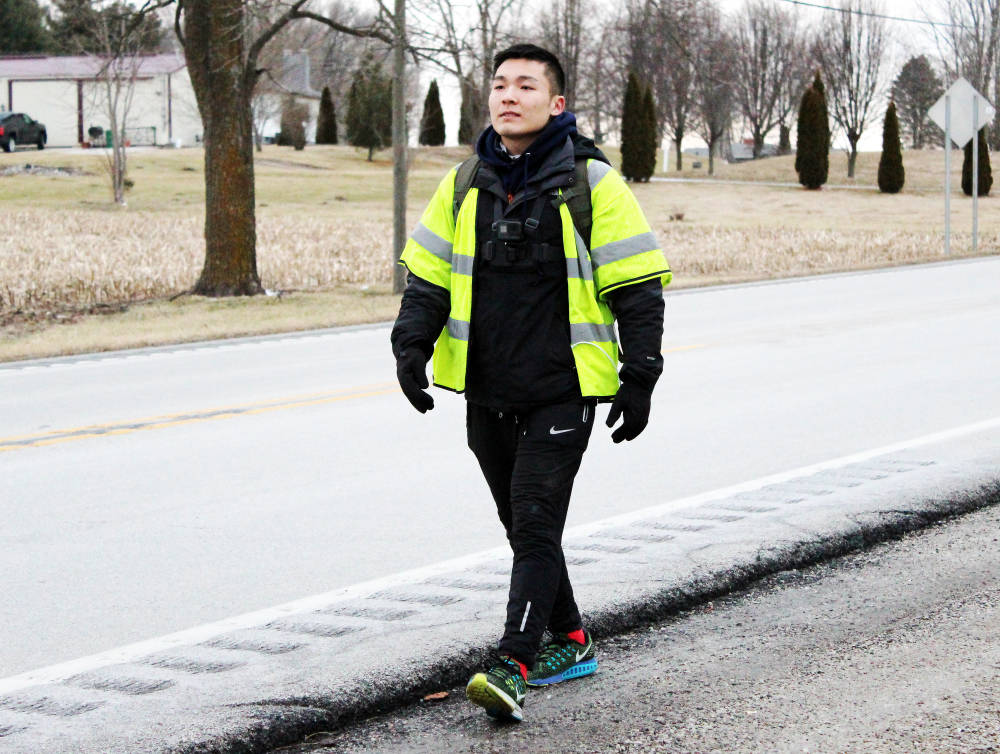 I feel that some of our readers believe that somehow we have everything here at the Banner planned out; that we know of everything that is going on, and will always get it accurate the first time then and there in the moment.

We always strive to prove the last assumption right, but we are more often only as good as the information we're given. We're not the Washington Post, which has the resources and the time to hunt down the details for those "juicy" stories which would stir up controversy. We're too involved in our community to focus on one thing like that.

That's why I have had school administrators tell me about their students' successes through outlets like e-mail. It's important for people to reach out to us. Being reporters also involves us seeing what is happening in the moment, rather than making far-out assumptions and questioning every little detail (some which we are not privy to). When we print an error, we own up to it. We're not omniscient.

That's when #smalltownpr works. It's about cooperation between us and the community, and it's because we're human too. You're still going to get more reliable information out of us than anywhere else. That's a promise we're keeping, and it's worth the 10 bucks a month.