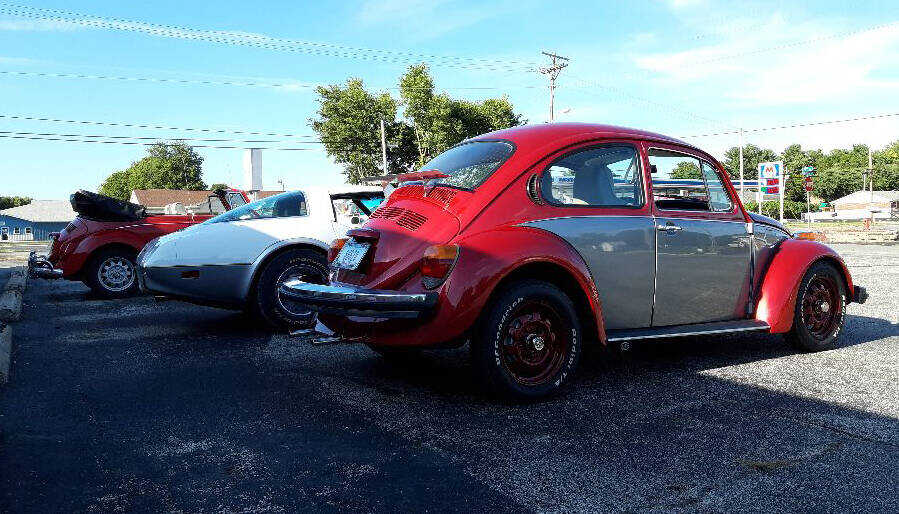 With it being Friday, I still could not think of a specific topic for this week's blog post.

However, something will come up when you might least expect it. This time, it had to do with some classic cars, which have more or less been absent the last few months.

I got a call Friday morning from a gentleman named Gary Owens, the president of a car club based in Heritage Lake. When he said there was a cruise-in planned for later in the evening, I got excited. This is the kind of news I've personally been waiting for.

I have said that -- for all intents and purposes -- this car show season might be over. The pessimist knows it has been over since April. This year's Newport Hill Climb being canceled was the final nail in the coffin, because I consider its show to be the last one.

A local cruise-in was the last car show-related thing I expected. The small gathering at the old Jackson's in Greencastle Friday evening was something to look forward to.

Car shows have not been held because of concerns about social distancing. While I would say it depends on the venue (e.g. a park vs. a city street), people and cars can be spread out; and everyone present should be smart enough to maintain their bubble.

Everybody tried to keep their distance and didn't go around coughing on each other.

It was a great evening to get the Beetle out for a little bit and snap some photos for the Banner. It is welcomed content for the front page, and I get the opportunity to connect with the people. The local car show scene as a whole needs all of the interest it can get.

Cruise-ins are different from the actual car shows. They should be low-stakes, with no awards given out for Top 30, Best Paint, Chairman's Choice, Best in Show, etc. What you would see are car guys and gals who are coming out to share in the camaraderie.

Car shows and cruise-ins are educational opportunities and can encourage dialogue with others in a community. You also go out to get some of that eye candy, of course.

I posited last April whether this car show season was in jeopardy. With it now being past the halfway point, this question has perhaps already been answered for some. OldCarsOnly.com from September onward seems hopeful, but is far from guaranteed.

Still facing that prospect is why this cruise-in -- which the organizers hope will be a monthly one from now on -- was a good thing. The point was to let people know that the club is still here, and to provide an opportunity we all might not have otherwise.

We have at least the next two-and-a-half months before the snow might start to fall. Maybe some things will get better, and the larger shows can happen before then.

This is a small win for the gearheads in general. Hopefully, we will see more of them.