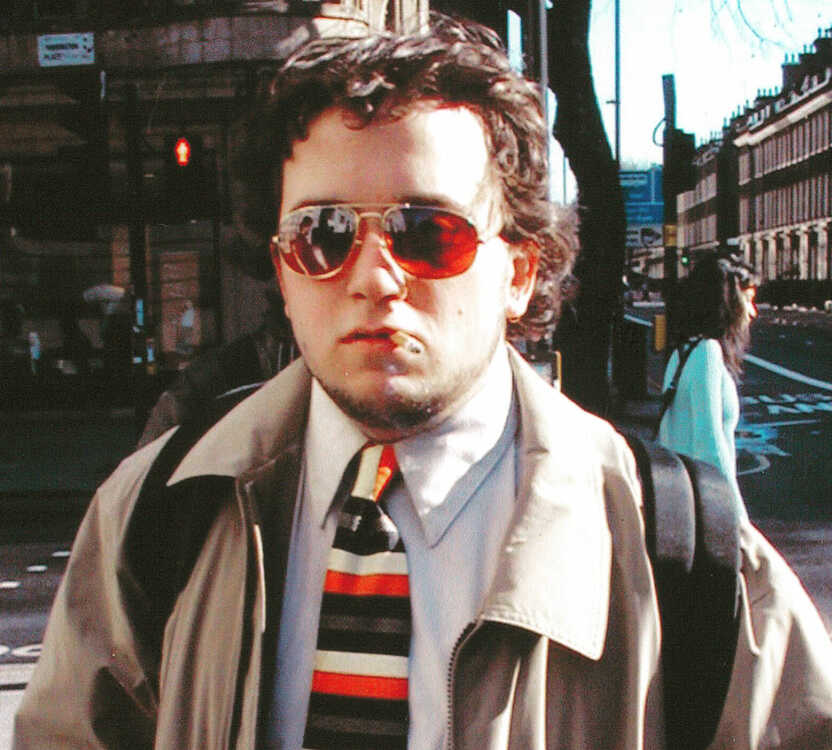 A full head of hair, an afternoon walk in London and a Camel Wide between my lips. I wish I had two of these three things back right now.

I was briefly at my wife's office this morning, dropping something off in the fridge while she watered the flowers out front. As she started to water, she let out an exclamation and handed me a cigarette butt from the flower pot.

"Who puts out a cigarette in a flower pot?" she asked.

There are words for those people, but I won't type them here. Use your imagination.

As I carried the butt back to the trash can, I was struck by two things:

1) It's freaking disgusting to hold a someone else's used cigarette, particularly when you don't know whose.

2) I hadn't held a cigarette in my fingers in years. It felt familiar but no longer in a remotely comforting way.

That's right, I spent several years of my young adulthood as a smoker. (GASP!)

At some point late in high school, I discovered cigars, occasionally having them with my buddies.

I even owned a pipe that I'd sit in my room at college and smoke. During the first semester of my senior year, I took a constitutional law class that had this enormous book of of hundreds of Supreme Court briefs from over the years. I kid you not, when I did my homework from that class, I'd take that oversized tome down from the shelf, pour myself a scotch, pack the pipe with vanilla cavendish and "read the law" like it was 1840 or something. Never mind that I also had hippie hair down to my shoulders.

But, of course, cigarettes were most expedient. They come in a form that doesn't require the commitment a cigar or pipe does. You could do a quick lung dart on a short walk to class. They were much more convenient while sitting at a bar enjoying other vices.

Now, you could tell me that smoking is disgusting and as a 39-year-old, I would agree with you. But between the ages of 18 and about 25, I can say that I genuinely enjoyed the habit.

It was refreshing in a way that makes no sense to me now. It helped wake me up the morning. It calmed my nerves when I needed that. And it went wonderfully with beer.

I quit smoking in my mid-20s because I fell in love with a kind, understanding, beautiful woman who didn't approve of my habit but also never pressured me to quit.

Thanks, Cole, for saving me from untold health problems. I have enough as it is.

I quit somewhere around my 26th birthday and never looked back, besides one cigar and one cigarette about a year or so later.

But there were definitely times over the years and certain situations that made me wistful for smoking. Like I said, I really enjoyed it.

So as I held a cigarette butt between my fingers (Because how else would I hold it?) the odd familiarity struck me. What also struck me, though, was no wistfulness. I didn't want to smoke.

That time in my life is definitely over. I'm happy about this.

But in honor of this odd trip down memory lane, enjoy the video for "Someday" by The Strokes. I know I just posted about these guys less than two months ago, but that first album of theirs came into my life at just the point when my smoking habit was at its heaviest.

And there is a lot of smoking in this video -- from the boys in the band, as well as when they’re hanging out with dudes from Guns 'n' Roses and Guided by Voices, two other bands I love and who it's hard to imagine hanging out together.

So, enjoy yourselves today, be good and DON'T SMOKE!