Wednesday Jam: I’ve been thrown out of better places than this 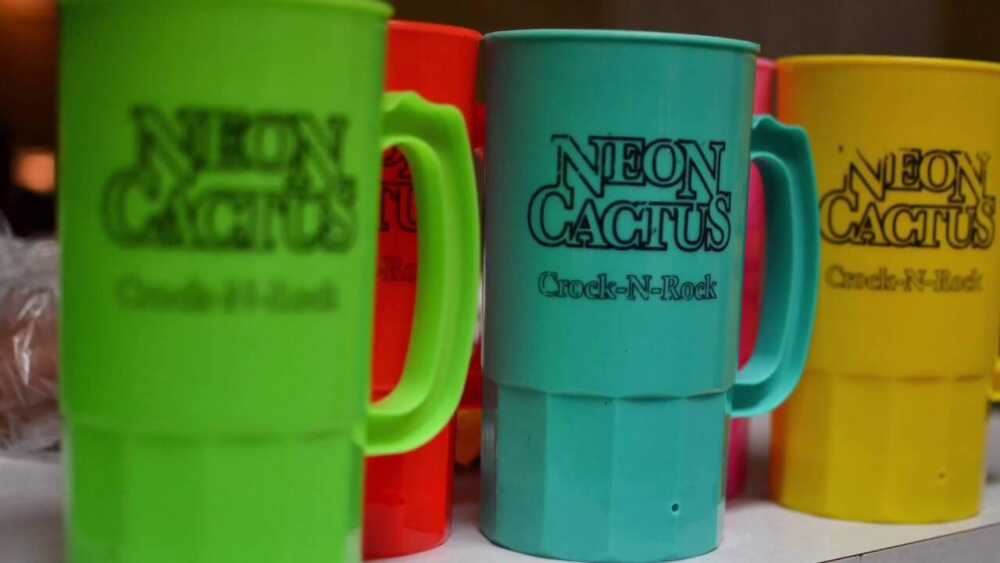 Wednesday marked the end of an era in West Lafayette, as the Neon Cactus announced it has closed its doors permanently.

For generations of Purdue alumni, Greater Lafayette townies looking for a good time and those of us who went to nearby colleges in towns too small for much of a bar scene, the Cactus was a destination.

I remember when the Cactus opened as a country music destination when line dancing was all the rage in 1992.

Things had changed a bit nine years later when I was old enough to get in there myself.

While the Western decor remained, on the dance floor it was hip-hop and electronic music that got my generation moving, apparently.

I wouldn’t know much about it because I spent my time (well, most of it) in Rusty Bucket Saloon, where Piano Man Bruce Barker entertained adoring crowds each Thursday, Friday and Saturday.

We loved to wave our beers to favorites like “American Pie” or the “Cheers” theme song or “Piano Man,” of course.

But I really made my mark by doing live karaoke of “Rapper’s Delight,” the original hip-hop song by Sugarhill Gang. The original weighs in at nearly 15 minutes long and in my prime, I could do something like 12 minutes of it off the top of my head.

I think I blew everyone’s mind the first time I did it. Before long, we had people besides my buddies throwing five or ten bucks up on the piano, requesting that I do my version of it.

But Bruce was strategic with it. I’m pretty sure he knew that if I was up there, he could use the time as a break. He’d introduce me, put on the right beat for the song, then wander off for a few minutes, I’m assuming getting a refill on his drink and visiting the restroom.

I’ll always remember those days with a smile.

However, my most notorious accomplishment at the Cactus did not come in the saloon, but on that dance floor where I spent so little time.

On one particular night, the saloon must have been full or we were just feeling a different vibe, because I found myself out on the floor while some bass-heavy track deafened us all.

Now, I say I don’t dance, but that’s really my way of saying I don’t generally dance in public. In fact, during college, I invented my own dance, which one of my buddies dubbed The Electric Worm.

There wasn’t much to The Electric Worm -- if you’ve seen the part in Animal House where all the Deltas are dancing to “Shout” then you’ve seen its signature move -- but it was a performance piece for me and my friends loved it, especially if I broke it out during Outkast’s “B.O.B. (Bombs Over Baghdad).”

Can’t say the same for the bouncers at the Neon Cactus, because after I threw myself into The Electric Worm -- that is to say, onto the floor -- I was soon being picked up off the floor and shepherded out the door, not to return again that night.

That’s right, the Neon Cactus became the first of two establishments to ever forcibly remove me from the premises. And my removal had nothing to do with overindulgence -- at least not directly.

(Quick side note: Both places I’ve been kicked out of no longer exist. Mess with the bull, get the horns, I guess.)

As the bouncer was pushing me toward the door, my buddy Clayton was laughing, saying something like, “That was some awesome dancing!”

To which the bouncer responded, “Dancing? I thought he was having a seizure.”

All of which begs the question for me: Then why didn’t you call an ambulance, you jerk?

After that, it was even more of the piano bar for me, no more dancing, except in the privacy of 105 Vernon Court, Crawfordsville.

So, before you watch a video of a certain guy doing “Rapper’s Delight” (It’s not at the Cactus.), pretend it’s Thirsty Thursday, raise your dime beers high and say it with me one last time: