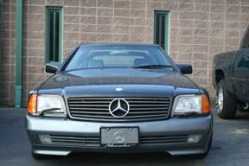 Drug traffickers running cash west on Interstate 70 have inadvertently made the Putnam County Sheriff's Department one of the best-equipped county police forces in the state.

Money seizures and forfeitures in Putnam County have contributed more than half a million dollars to local law enforcement and public safety in the last year and a half. The seizure earlier in August of $525,000 in alleged drug money by sheriff's deputies ensures that cash will continue to flow into local police and fire departments for at least the next two years.

The vast majority of expenditures from the Prosecutor's Asset Forfeiture Fund have gone to pay for new equipment and training for county police and firefighters, while thousands of dollars have also been spent on bills that have an indirect link to public safety, as an expense list Prosecutor Tim Bookwalter provided to the County Council shows.

Money began to flood sheriff's department coffers after the county council passed an ordinance that created the Prosecutor's Asset Forfeiture Fund in March 2005.

Under the local ordinance, the Putnam County prosecutor controls how the money is spent, though it must be used for law enforcement training and equipment, and the county council has final approval. Sorry, no property tax relief allowed

The law specifically lists the Putnam County Sheriff's Department, the Greencastle Police Department and Indiana State Police as suggested recipients of the money.

And Bookwalter has stuck to that, with nearly 90 percent of the $502,000 in seizures spent on those three agencies. The vast majority -- about $400,000 -- has gone to the Sheriff's Department, since it has brought in all of the forfeited drug funds so far, Bookwalter said.

The Prosecutor also allotted $18,000 to the Floyd Township Fire Department to help pay for its firefighting boat, $13,000 to the Cloverdale Police Department for weapons and other equipment, and more than $23,000 to other public security agencies across the county, a BannerGraphic analysis of the expense listing shows.

Putnam County Sheriff Mark Frisbie said the fund has helped the department "survive" the budget cuts from the last couple of years.

"We've been able to put a camera in every vehicle, which is critical in all kinds of cases," he said. "And we can provide crime scene investigations with the equipment that they need."

Documents show that the Sheriff's Department has paid for everything from veterinary bills for K-9 units to police radios, DNA kits and electronic equipment for patrol vehicles.

However, the largest sum has gone to the vehicles themselves. Andy Mohr car dealerships and garages have received some $94,000 in business from the Forfeiture Fund, including about $70,000 for new vehicles. Tens of thousands of dollars more went into vehicle repair, parts and maintenance at other shops across the county. Those are purchases and repairs that have not used taxpayer money.

The largest single expenditure was a reimbursement to the Sheriff's Commissary Fund for more than $37,000. Frisbie said those funds went to buy tactical gear for his deputies.

However, Bookwalter has also authorized payments for some of the Sheriff's Department's housekeeping expenses, including $2,500 paid in March to the county's insurance company for adjustment and appraisal fees in the lawsuit brought against Frisbie by Public Defender James Recker. The two officials settled the lawsuit out of court at the end of August, with the county's insurance company, Governmental Interinsurance, paying $8,500 to Recker.

Bookwalter defended his decision to pay part of Frisbie's legal bill, saying that he incurred the expense in the line of duty.

The forfeiture fund has also paid more than $3,000 for a computer for Frisbie, another $3,000 for a lawnmower, and about $50 to HOP Technologies for the Sheriff's Department website domain renewal and late fees, among other expenses.

The path for the the money that was confiscated last month (when sheriff's deputies pulled over a Mercedes Benz on I-70 and found bundles of cash hidden in a secret compartment) must take to get into county coffers is relatively simple.

Under federal law, any person with more than $10,000 in hard currency on them must be able to account for that money with a bank statement or other receipts, otherwise police can confiscate it.

When officers take money into police custody, it is turned over to a Terre Haute-based attorney who has it counted and fills out the paperwork necessary in order to transfer to county hands. He then writes a check to the Putnam County Treasurer.

Bookwalter said he usually requires department heads to submit a written request for money from the Forfeiture Fund, though there are always plenty of outstretched hands.

"These guys love their toys," he said.

In fact, he said he'll have to put the brakes on spending the recent $525,000 seizure in an attempt to stretch the money out so it can help cover unforeseen expenses. Also, since the cash for the fund comes from traffic stops, which, while prolific in the county, are by no means a certainty, Bookwalter said he wants to keep at least $100,000 on hand in case emergency expenses arise.

Along with the many expenses for the funds forfeited so far, perhaps the most ironic of all is the $21,000 Bookwalter allocated for additional police patrols on the interstate -- which could bring in more drug money.

Frisbie has one word for the whole process -- beautiful.