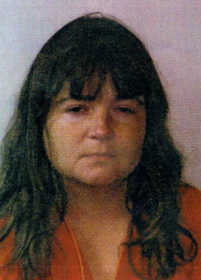 A Putnam County woman is in jail after police say she plotted to stage her own rape and burn down her home, with the hope of collecting the insurance money.

Russellville resident Christina Snyder is accused of asking her neighbor to tie her up with duct tape, beat her up, write the word "whore" on her chest and set her house on fire, according to a probable cause affidavit filed Thursday by Putnam County Prosecutor's Investigator Charles Bollinger.

Police were tipped off to Snyder's alleged scheme by her neighbor who Snyder reportedly asked to carry out the plan in turn for a $5,000 share of her insurance settlement.

According to Bollinger's report, the neighbor secretly recorded Snyder asking him to take part in the scheme, which he then shared with police.

Snyder is reported to have instructed the neighbor to pretend to observe the fire and rescue Snyder and her dog from the burning home. Snyder would then tell police that a man, wearing a mask, entered her home where he attempted to rape her and then set the house on fire.

State Police and the prosecutor's investigator went to the Snyder home on Tuesday of this week -- the date Snyder had allegedly plotted to carry out her scheme -- where they found her with the word "whore" already written on her chest with a marker and the duct tape in her possession.

On Wednesday, investigators spoke with Snyder's insurance agent in Greencastle and according to her testimony, Snyder was in her office approximately two months ago and stated that she was fearful her ex-husband was going to burn down her house.