Walton stepping down at Area 30 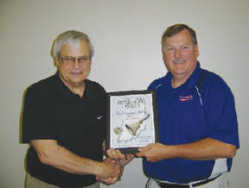 Walton has been at Area 30 since 2002. Prior to serving as Executive Director at Area 30, he was an administrator for Richmond Community School Corporation.

He received a Bellringer award from State Superintendent of Public Instruction, Dr. Suellen Reed who recognized his accomplishments during his 40-year career in education.

The Area 30 Governing Board held its monthly meeting prior to the retirement luncheon and approved the hiring of Lora Wood as the new Executive Director and Chad Nunley, as the new Assistant Director effective Aug. 1, 2008.