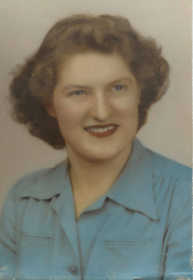 She was born on Aug. 3, 1924 in Indianapolis to Donald and Carrie Obenchain Brann.

Mrs. Minnick was a graduate of Bainbridge High School, class of 1942. She was a life-long member of Bainbridge United Methodist Church, having served as an organist for more than 40 years, and was in charge of the Alter flowers.

Mrs. Minnick was a 50-year member of the Order of Eastern Star, and had been active as a Guardian of Job's Daughters and had served as a Den Mother for Boy Scouts.

Funeral services will be held on Monday at 1 p.m. at Hopkins-Rector Funeral Home, with the Rev. Randall Boys officiating.

The family will receive friends on Sunday from 4 to 8 p.m. at the funeral home, with an Eastern Star Service at 7 p.m.

Mrs. Minnick will be greatly missed by her family and many friends, and her love of animals and crafts will always be remembered.

Memorials in Betty's name may be made to: Bainbridge United Methodist Church, 302 East Main Street, Bainbridge, IN 46105.

Condolences may be offered to the family online at www.Hopkins-Rector.com