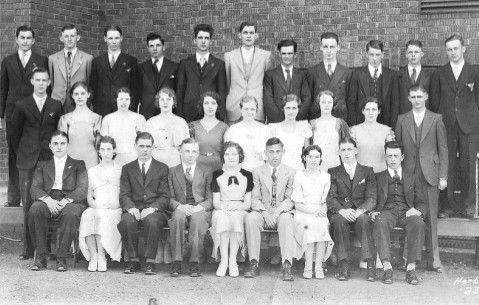 Nancy Norman Murphy spent part of her childhood in Cloverdale. Her mother, Jean Clearwaters Norman, was a 1933 Cloverdale High School graduate, and saved all of her pictures over the years.

"My mother, what she did before she passed away back in the '70s, she made an album for each one of us children of our pictures and then she had an album of her and my father's family," Murphy said. 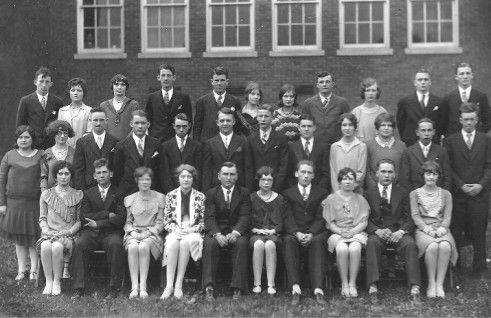 Of special interest to Murphy were a pair of pictures of the 1929 and 1933 CHS graduating classes shown with this story. As a member of the class of '33, Norman had identified all the members of her own class. The class of '29 had a few blank spaces in the identifications.

"I've had these for years. My sister Gretchen Norman Crider lives in Lafayette, and between the two of us, we share my mother's picture albums," Murphy said. "I was looking at some of the pictures one day and thought of calling (the Banner Graphic)."

Murphy said her mother simply had a love of pictures, and she kept them for both herself and her children.

"She liked pictures, so she collected the pictures and kept them all those years. It was her picture album, and my sister and I sort of share it," Murphy said. "I have it a few years, and then I give to her for a few years so she can show her kids.

Anyone who can identify any of the unnamed people in the class of 1929 may contact 653-5151 ext. 21 or jjernagan@bannergraphic.com