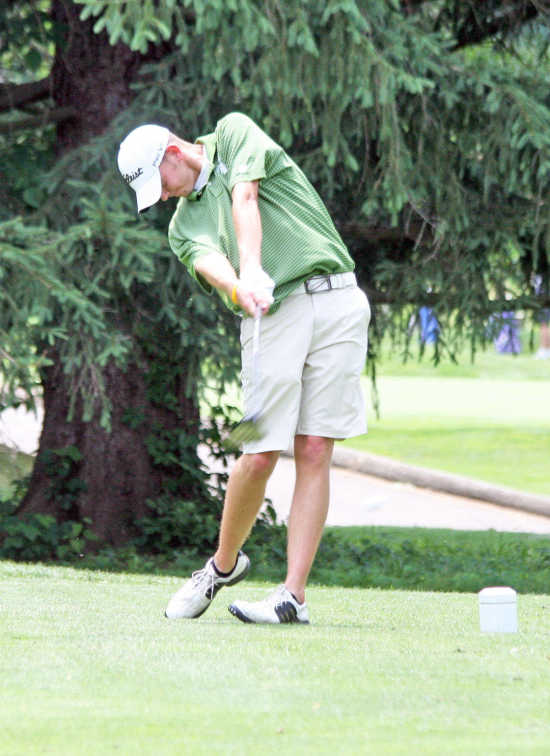 MARTINVSVILLE -- With a hot sun hanging overhead, golfers at the Martinsville Boys' Golf Sectional were burning up the course. The day saw three players shoot sub-70 rounds and the team winner was decided by a single stroke.

Putnam County will have two individuals move on to the Center Grove Regional today. Greencastle's Jim Wheeler and Cloverdale's Chris Arnold posted rounds of 73 to advance.

"I was definitely satisfied with my round Monday," Wheeler said. "A 73 is a very solid score for Martinsville. It could have been lower, but if could've been higher as well. I was relieved with my ability to keep my game at a solid pace all day. 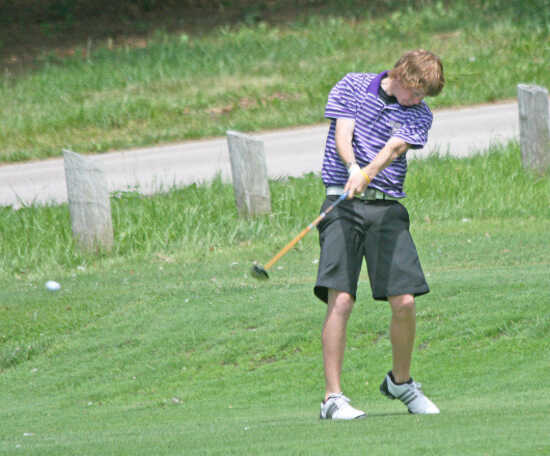 "I never went above two over par or below even," he continued. "Pars are like birdies in a tournament that big and each one I made moved me closer to advancing. It was hard seeing our team fall behind the cut line."

Arnold was pleased for the most part with his round, but thought his putting let him down most of the day.

"Well -- it was a mediocre round," Arnold said. "I hit the ball good, but I couldn't make a putt. I was leaving every putt short. I just couldn't make myself hit it hard enough because I thought the greens were fast, but they were a lot slower than they were when we practiced here Friday.

"Other than my putting, I was very satisfied with my round," he added.

The Greencastle team, who had narrowly missed out on advancing the past few years, once again found itself shooting a good score, just not quite good enough. The Tiger Cubs posted a total of 305, an identical score to last year, and found themselves 15 strokes from advancing placing fifth overall.

"With such a strong lineup I had faith going into Monday that we could advance as a team and I figured a 305 could've gotten the job done, unfortunately the entire field played well," Wheeler said.

The Clovers were the second highest finishing team finishing seventh with a round of 336.

Arnold led the way with a 73, with Gary Williams adding an 86, Sam Jordan an 88 and Ryan Book and Mike Matthews posting rounds of 89. All five of the Cloverdale players are seniors.

Cloverdale head coach Doug Wokoun commented about the strength of their year's field. Wokoun described the competition as unreal and said his players had stretches of good play and thought his five seniors put forth a great effort. He noted they were a special group and will be missed.

South Putnam posted a team score of 349 to finish 10th on the day. Derek Chestnut led the Eagles with a round of 84, with Dylan Gilbert and Alex Eickhoff shooting rounds of 88. Dean Varvel carded an 89 and Alex Kelly shot a 91.

North Putnam edged out Cascade as both teams scored 374 on the day. However, the Cougars' fifth golfer, Jake Smith, carded a 104 was one stroke better than Cascade's Johnathon Will, giving North Putnam lone possession of 11th place.

Jon Willard led the way for North Putnam with an 81, with Colton Smith shooting a 95 and Lance Clodfelter and Quade Snyder shooting a 98. Smith added the deciding score of 104.

Wheeler and Arnold go into today's round at Hickory Stick Golf Club for the Center Grove Regional, one of the toughest regionals in the state, just one step away from punching their ticket to state.

Arnold said he's going to give it all he has and let the chips fall where they may.

"I'm going to go out there and try to play the best round of my life and if I make it I make it, if I don't then it was a good run. That's the way I'm going to look at it," Arnold said.

For Wheeler, he too knows how tough the journey ahead is, but also knows all it takes is a solid few hours on the course to keep his dream alive.

"Going into the hardest regional tournament in the state, my chances will be slim. But all it takes is one good round. I feel I have what it takes," Wheeler said.

Wokoun said Arnold and Wheeler advancing is a testament to their hard work and said both are deserving of their accomplishment and great representatives of high school golf in Putnam County.

Wheeler and Arnold will compete at the Center Grove Regional today at 8 a.m.