Crafton brings a mature sound to 'The Vacant Heart(land)' 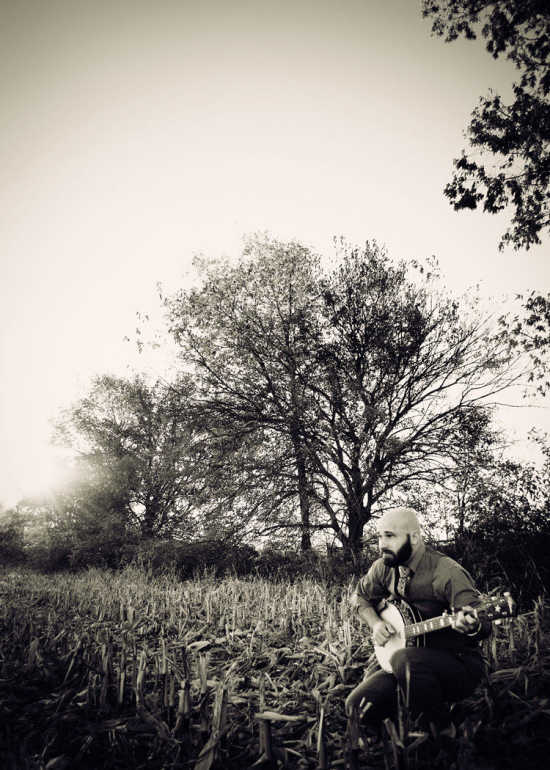 What happens when the kids who cut their teeth on '90s rock get older, live a little life and start to find out what the grown up world is like?

When we're lucky, they make a smart, understated album like Kevin Crafton's "The Vacant Heart(land)."

The Greencastle singer-songwriter recently released the 10-song set of folk-inflected rock. Crafton brings a sound and attitude that should be familiar to fans of artists like Bruce Springsteen and Tom Petty, but sometimes finds he's running into a brick wall when it comes to modern ideas about what constitutes "rock."

"I heard back from a booker in Knoxville, Tenn., saying that we weren't heavy enough to be considered 'rock' in their club. What's considered rock now is like Hinder and the Foo Fighters," Crafton said. "This Tom Petty, Bruce Springsteen, Mellencamp-esque rock that I play, to most of us that's what rock is, not this other thing.

The album is certainly not reinventing the wheel. Instead, Crafton takes some of the more intelligent elements of the '90s alternative sound, mixes then with influences like the Beatles, Springsteen and Ryan Adams, and comes out with a mature sound.

It's the kind of music you'd expect from somebody who's more than a decade out of high school and had a chance live, love and lose.

The record kicks off with the title track, a personal rumination on one's own life and heart that ends up being about life in a small town. Close your eyes and listen to the song and try not to picture downtown Greencastle (or Roachdale or Bainbrige or Cloverdale).

He's also finding that songs he would never have picked are doing well with some audiences. "Too Many Tomorrows," one of the more upbeat and electrified numbers on the record, has been getting airplay in Europe, much to Crafton's surprise.

"'Too Many Tomorrows' was just one that they picked up over in England -- I never would have considered releasing that as a single. I'm really glad that they did," Crafton said. "The fact that they picked up something they liked and it's being well-received, that feels good. I feel like, not only are my 'singles' doing well, but there are songs on the album that people are connecting with."

There's plenty to connect with on the album, including the slow-building momentum of "Tonight," the upbeat jangle of "It'll Be Alright" and sweet storytelling of "Girl Song."

A song getting some airtime stateside is "On Your Side," which begins as a slow acoustic number but eventually provides some of the albums hardest moments.

The song has played on X103's local artist program and has also been distributed to other Clear Channel properties.

One of the strongest, if a bit too real moments of the album comes on "Joanie," the story of high school sweethearts who get married and live through personal triumphs and tragedies, with Joanie helping the narrator always keep the proper perspective.

"'Joanie' is my favorite song to play. Anytime I grab my acoustic, I sit down and I start playing 'Joanie,'" Crafton said. "I wrote that after my mom was diagnosed with cancer and after the breakup of my engagement.

"I was just trying to write this Springsteen-esque song, how he tries to put too many words into something so it can't actually be sung. That was what I was going for and didn't quite achieve it. It turned out to be a pretty good story."

It's a song about grownups and for grownups. It may not fit the current description of what "rock" is supposed to be, but there's definitely a place for this kind of music.

Kevin Crafton is just trying to find that place.

It's nice to see a homegrown talent produce a piece of work like Crafton's "The Vacant Heart(land)." It's a record that can be played start to finish without missing a beat.

The album is available iTunes and Amazon, but the best deal is on bandcamp.com, where the album artwork and bonus track "This Is America" are available for just one cent more than the iTunes version.