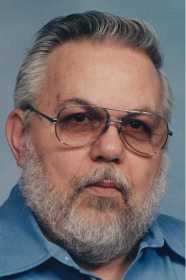 Paul had lived in the Monticello community since 1996, coming from Delphi, Ind. He grew up in Roachdale.

Paul was a U.S. Army veteran, proudly serving in the 82nd Airborne. He was a retired semi truck driver. Paul drove a truck from 1970-1997.

In addition to his wife, he was preceded in death by his father, Paul G. Gibbs; his mother and stepfather, Alaen Gibbs Cain and husband Harley; a son, Gary L. Gibbs; and a grandson, Michael W. Gibbs Jr.

Services will be conducted at 3 p.m. Saturday, Dec. 10 at Miller-Roscka Funeral Home, Monticello. Pastor Timothy I. Stewart of the Delphi Pentecostal Church will officiate.

Burial will be in the IOOF Riverview Cemetery, rural Monticello, with full military rites by the Honor Guard of the American Legion, VFW and AmVets Post, all of Monticello.

Visitation will be Saturday, Dec. 10 from noon until time of services at 3 p.m. at Miller-Roscka Funeral Home, Monticello.